Things to Do in Mexico City

This is Dan from Vagabond Buddha. Here are the things in Mexico City that you must see and do.

You must do a free walking tour of the colonial old town area of Mexico City. Here is (–>) the link to my free Mexico City old town (Google Maps) walking tour (<–). If you click that link on your smartphone, it will display the following map and direct you on the walking tour: 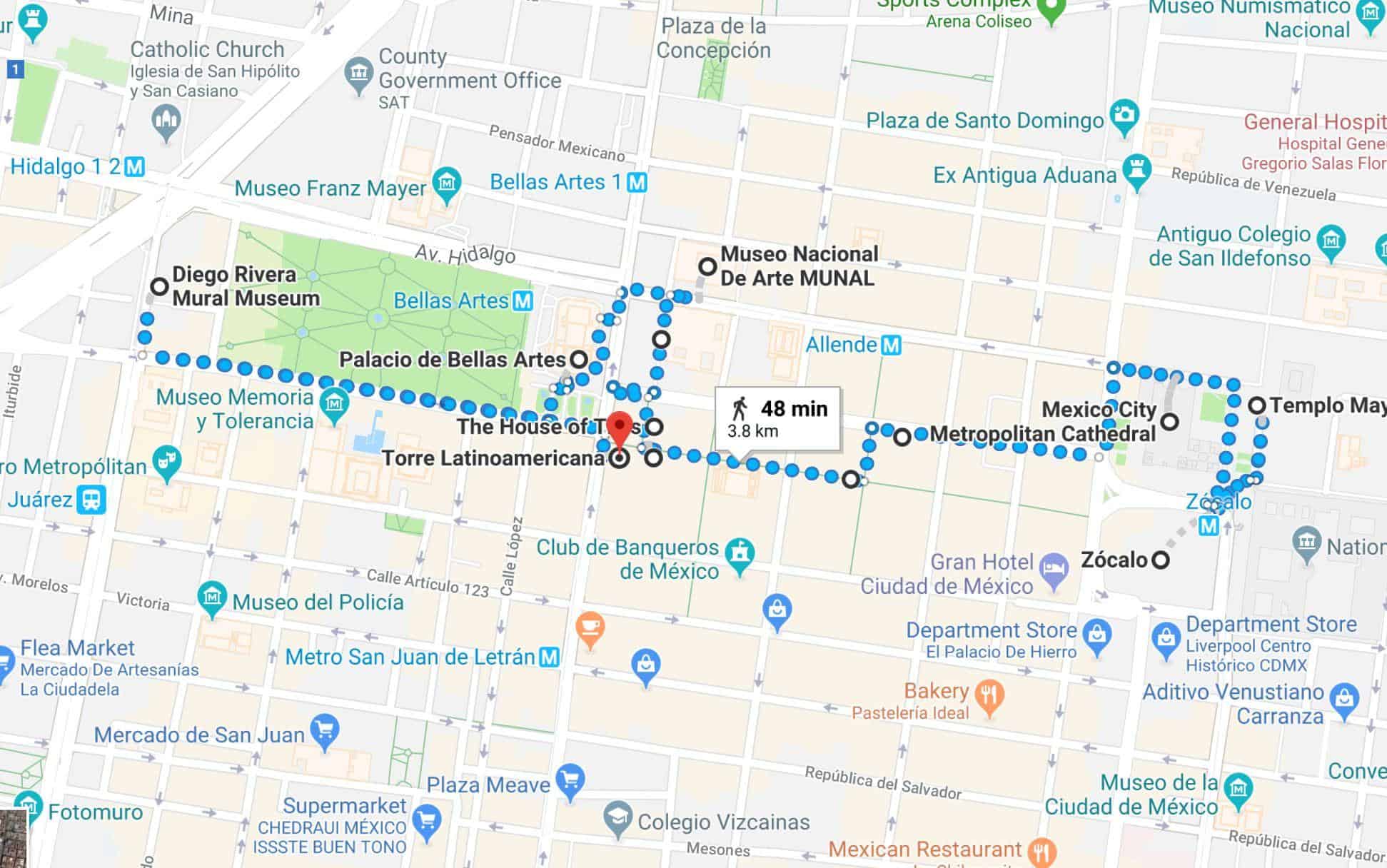 Here is the first stop on the walking tour: 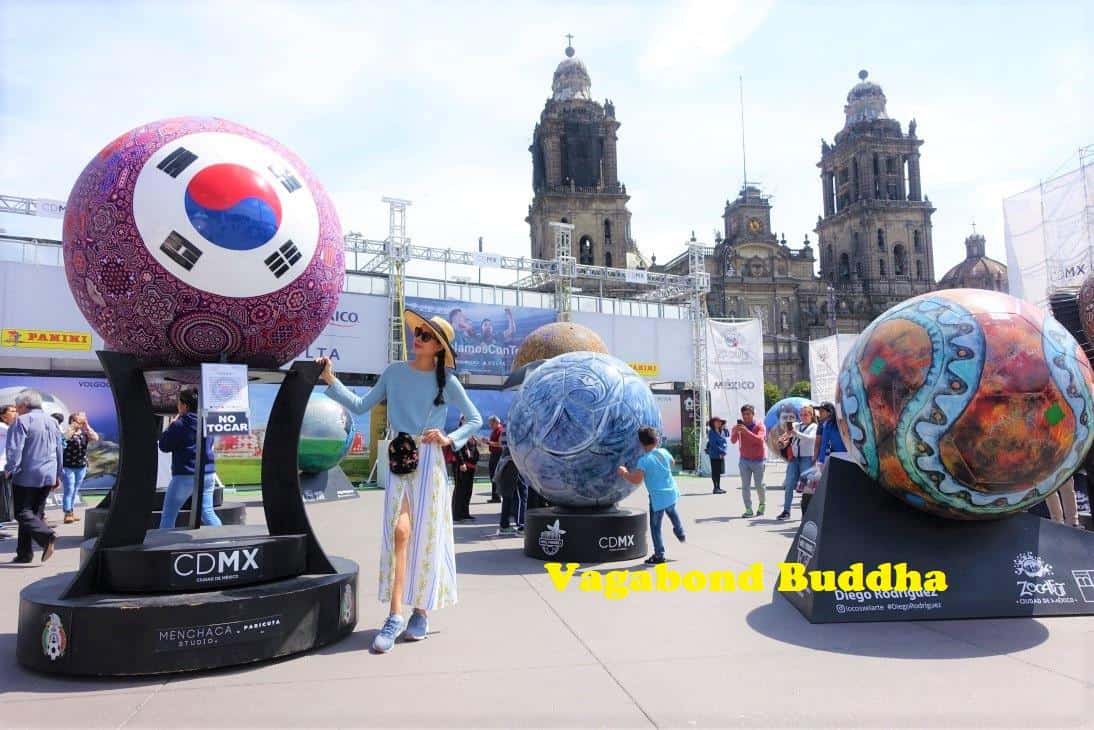 Plaza de la Constitución (Zócalo): Plaza Constitution is the historic center of Mexico during Aztec, Spanish, and Mexican rule. The plaza can hold up to 100,000 people and is where Mexicans often go to protest and to celebrate. Today, Mexicans have erected a large screen so they can all watch Mexico play soccer as they compete for the World cup. 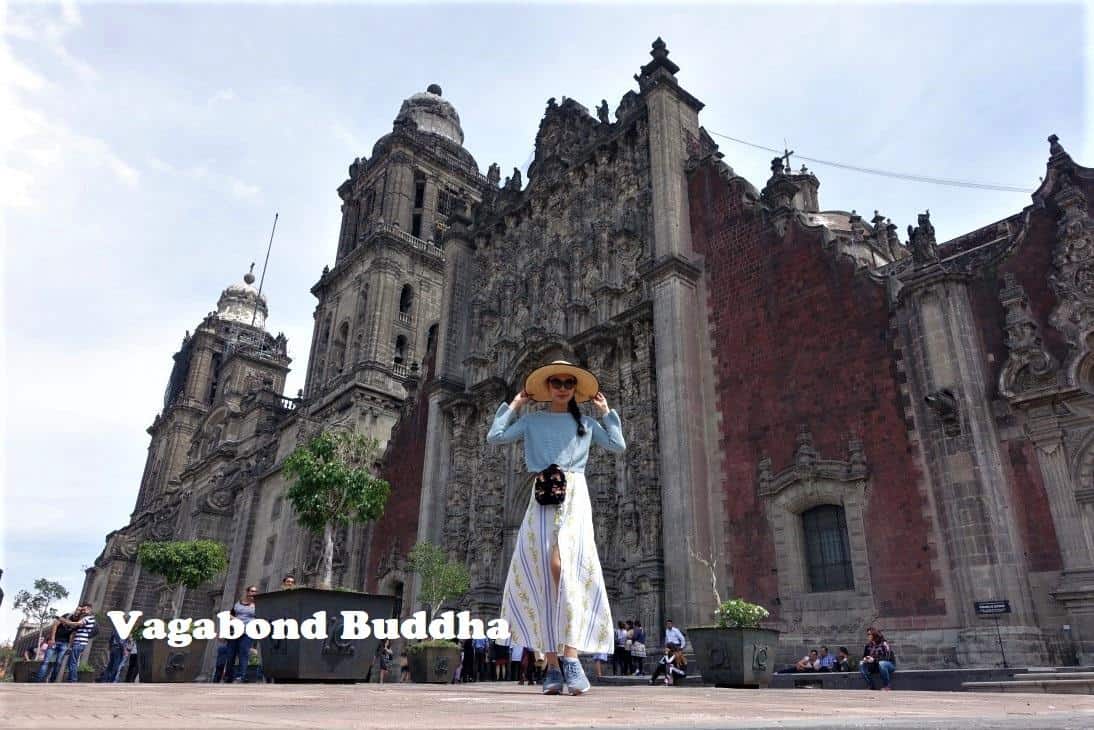 Cathedral of Mexico City: The first cathedral was built on this site in 1525 on top of the Teocalli (the Aztec rack of sacrifice human skulls). The remains of about 1800 indigenous people were found in the basement of the cathedral. The cathedral becomes more disfigured over time as the ground below settles under the weight of the structure. Distortions of the structure are visible to the human eye. There is a two-meter difference in the degree of settlement of various sections of the cathedral. 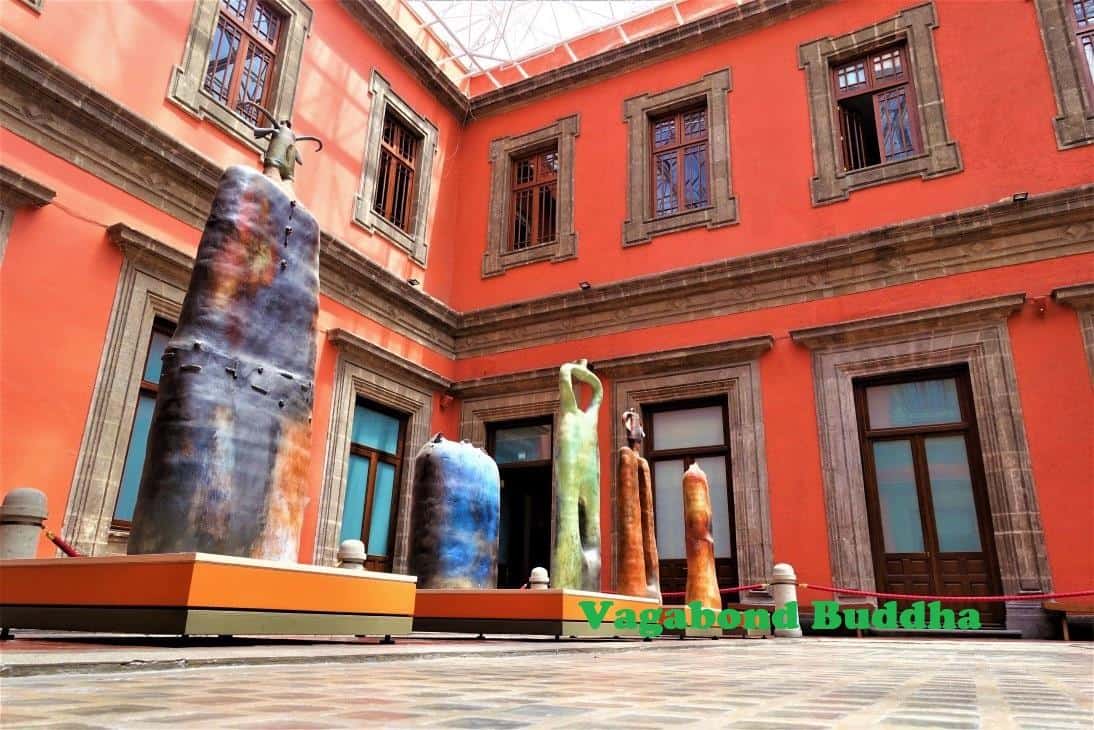 Palacio National: The National Palace is the seat of the federal government of Mexico. The palace is located in the main square, called Constitution Plaza or El Zocalo. The site of the palace has been where Mexico was ruled since the Aztec Empire. Many of the materials used to build the current palace were taken from the previous palace of Montezuma II that the Spanish destroyed. Cortez wrote to the King of Spain in the 1500’s describing the beautiful and ornate nature of Montezuma’s palace. The King of Spain was a jealous leader and had Montezuma’s palace destroyed. You must see Diego Rivera’s murals on the second floor. 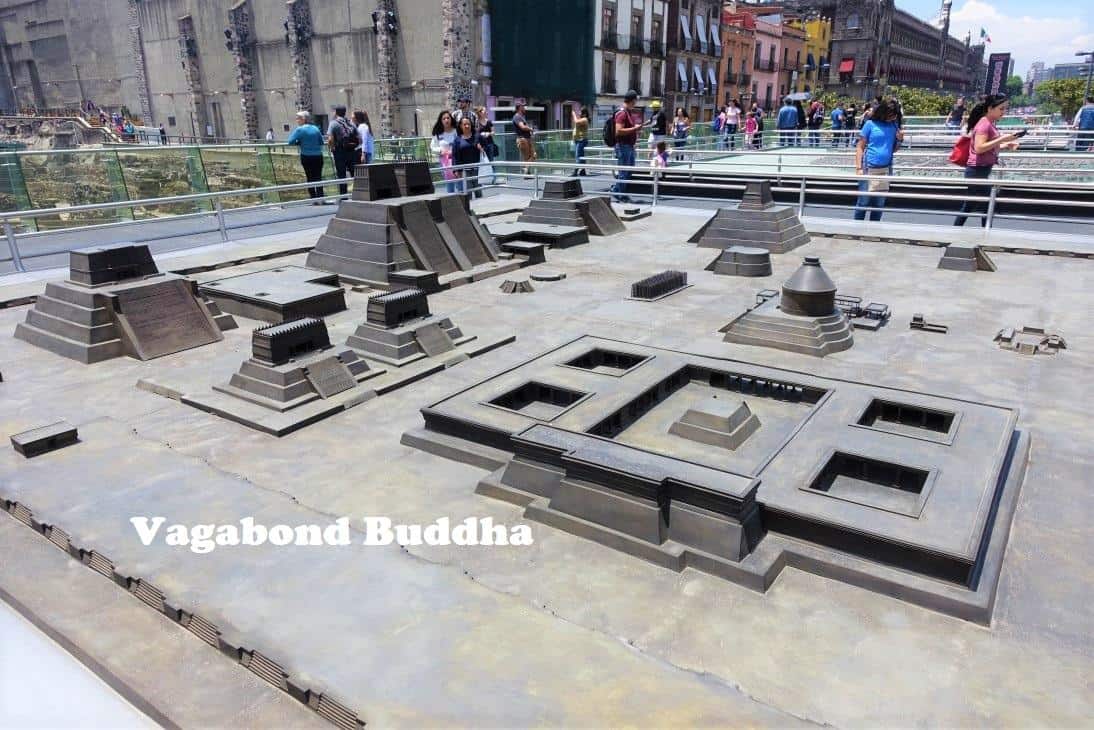 Templo Mayor Museum: Spain demolished the Aztec city of Tenochtitlan and used the stone building materials to build Mexico City. The Aztec city that Spain destroyed was built in about 1325. The Aztec city was built with streets and water canals going north-south, or east-west. Spain used many of these which were founded around 1325. At the intersection of the two main streets was Templo Mayor, the most important Aztec temple. Templo Mayor was re-discovered in 1978 when utility workers found the massive carved stone of the nude dismembered body of the moon goddess Coyolxauhqui. The stone is more than 3 meters in diameter. The excavation now includes temple grounds and a sports field.

Dulceria de Celaya: This candy store was founded in 1874. There are 90 varieties of sweets that have been collected from the various regions of Mexico. Locals are able to go and buy the sweets of their youth no matter where they grew up in Mexico. It is a one-stop shop for those interested in learning about treats from all around Mexico. 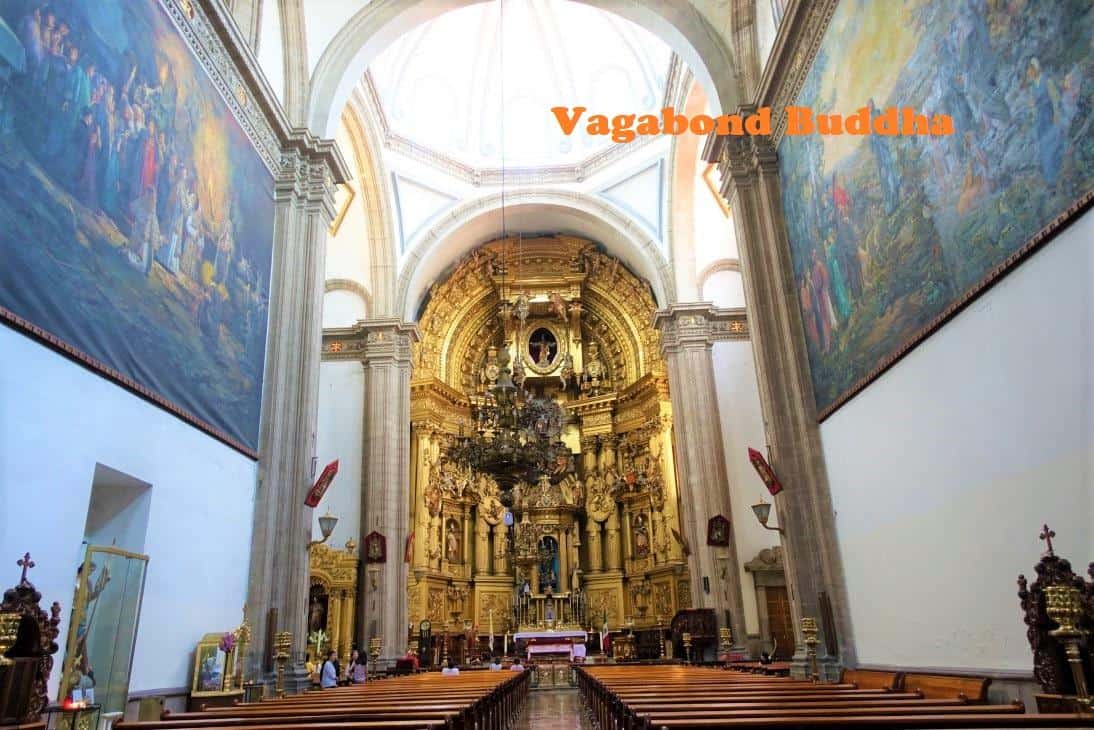 Church of San Francisco: This church is the only thing that remains of a monastery complex that once covered several city blocks. During its glory, Cortez’s funeral was held here along with a celebration of Mexican independence from Spain. After the Roman Catholic Clergy lost most of their power over the Mexican government in the Reform War, the monastery of San Francisco was disbanded and most of the property seized by the government. That is why the idols are all missing from the church facade. 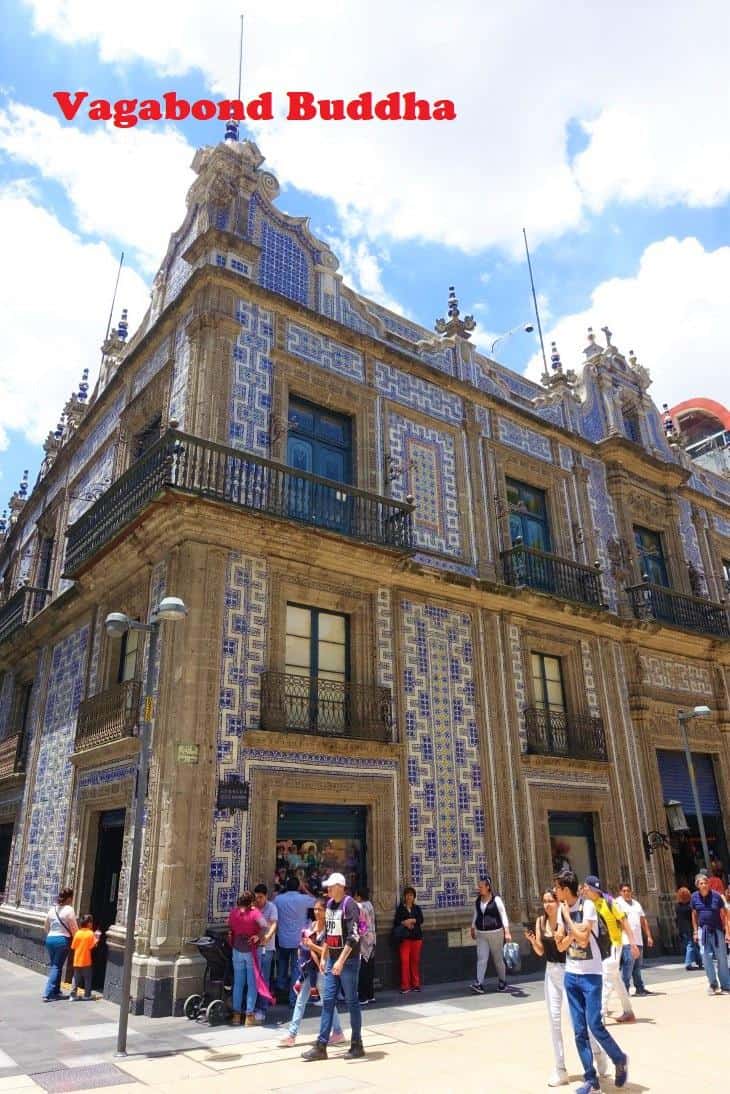 Blue Tile Palace (House of Tiles): This is just a gorgeous 18th Century Mansion with a rich history that is now a restaurant. Pancho Villa celebrated one of his victories with fellow revolutionaries here. 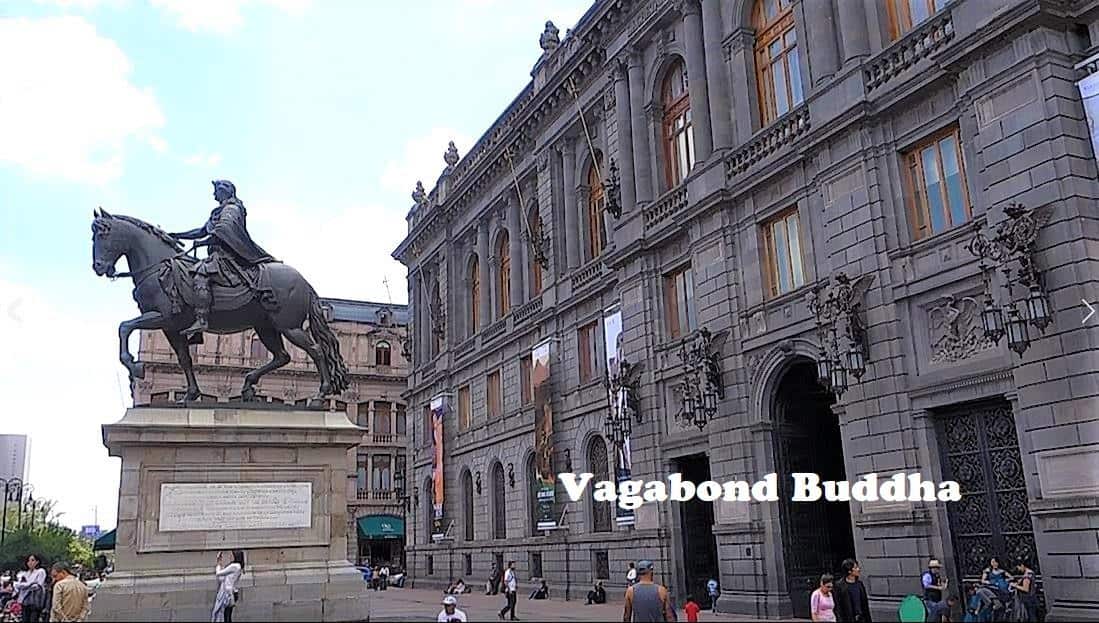 Museo Nacional de Arte: The national museum includes a large collection celebrating the history of Mexican art. There is also a rotating collection from various arts from all over the world. In front of the museum is an equestrian statue of Charles the 5th, the Spanish monarch just prior to Mexico’s independence. On your walk to the next stop, make sure to look inside the post office building for a secret surprise. The walking path takes you right by the post office. 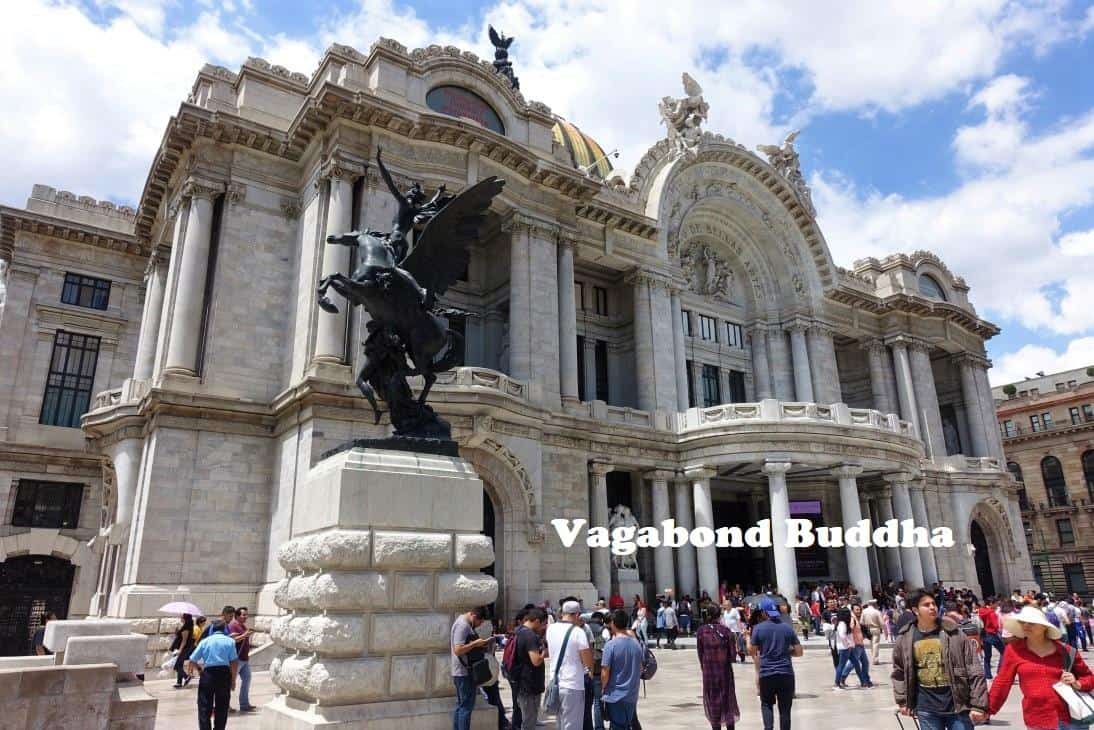 Palacio de Bellas Artes: This prominent cultural center of Mexico City was completed in 1932, and has hosted many notable events in theatre, dance, and opera. It has also hosted many exhibitions of painting, sculpture and photography. 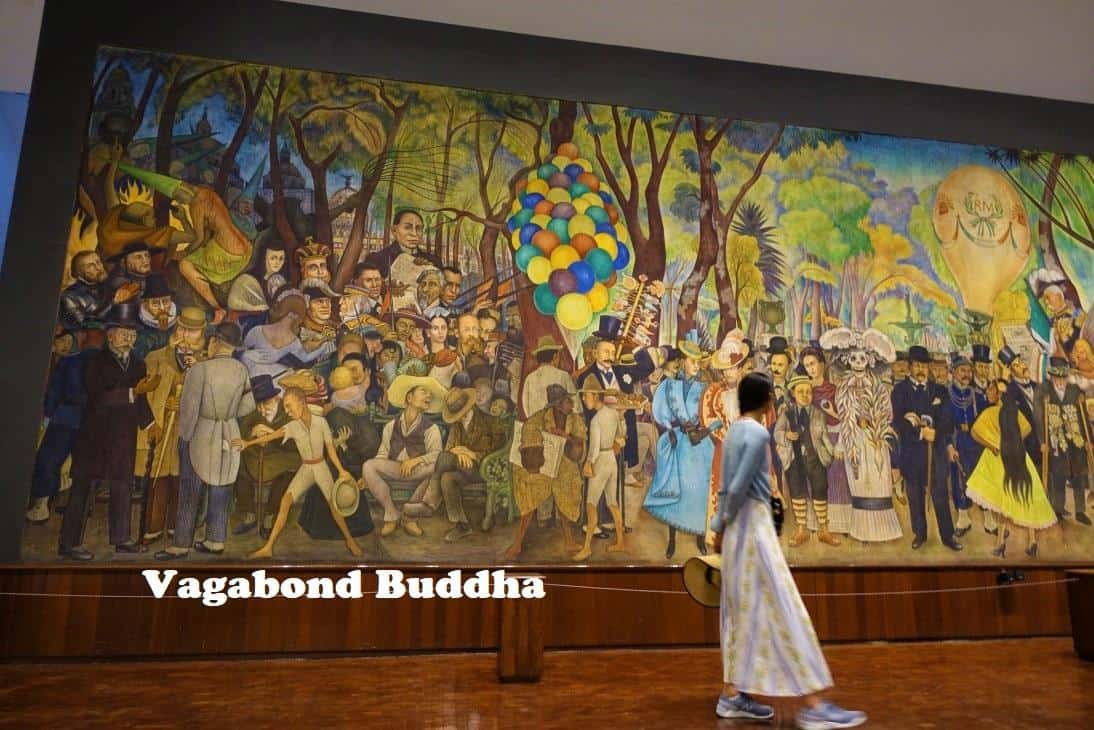 Diego Rivera Mural Museum: The museum was built in 1986 to house one of the most important works of art in Mexican history. A mural painted by Diego Rivera on a concrete wall in Hotel del Prado had suffered significant damage during the 1985 earthquakes. That wall along with many other Diego Rivera’s works were moved to this museum. 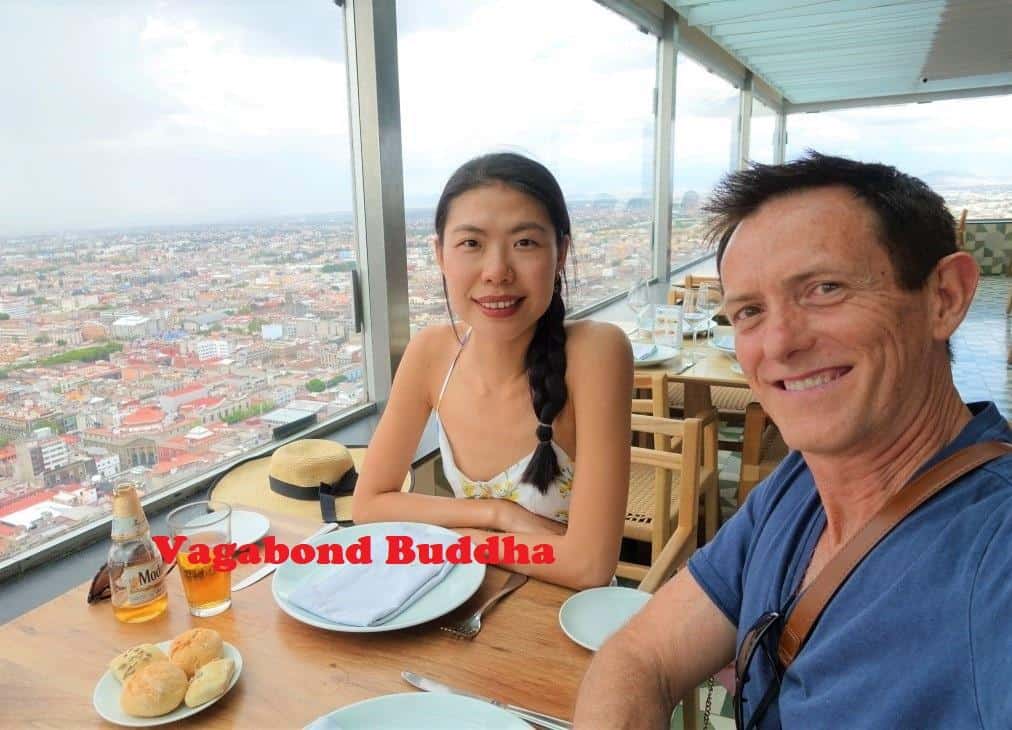 Torre Latino Americana: This is a great view of Mexico City. Instead of paying to visit the view level tower, just take the elevator one level from the top to a bar called Miralto. Buy a drink and enjoy the view without waiting in line. Scroll to the bottom to see my recommendations. 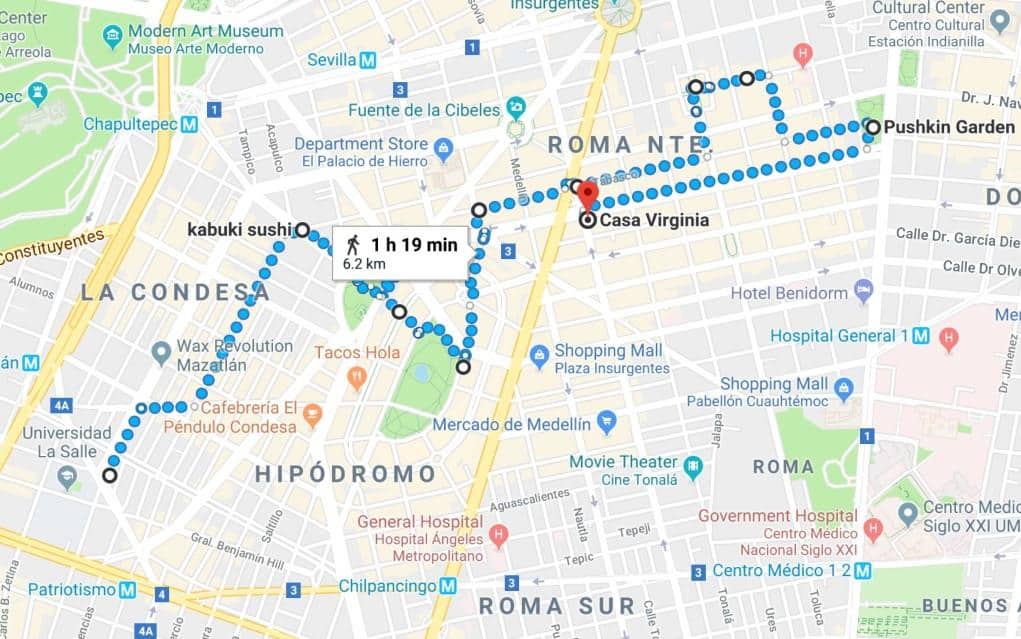 Polanco is my favorite neighborhood in Mexico City. The National Anthropology Museum is the best museum in the Americas (North or South) for indigenous art and culture. The Mexican Museum is across the street from the anthropology museum and worth a visit since you are in the vicinity. You must do my free walking tour of all three while in Mexico City. Here is (–>) the link to my free Polanco-Museum-Castle (Google Maps) walking tour (<–). If you click that link on your smartphone, it will display the following map and direct you on the walking tour: 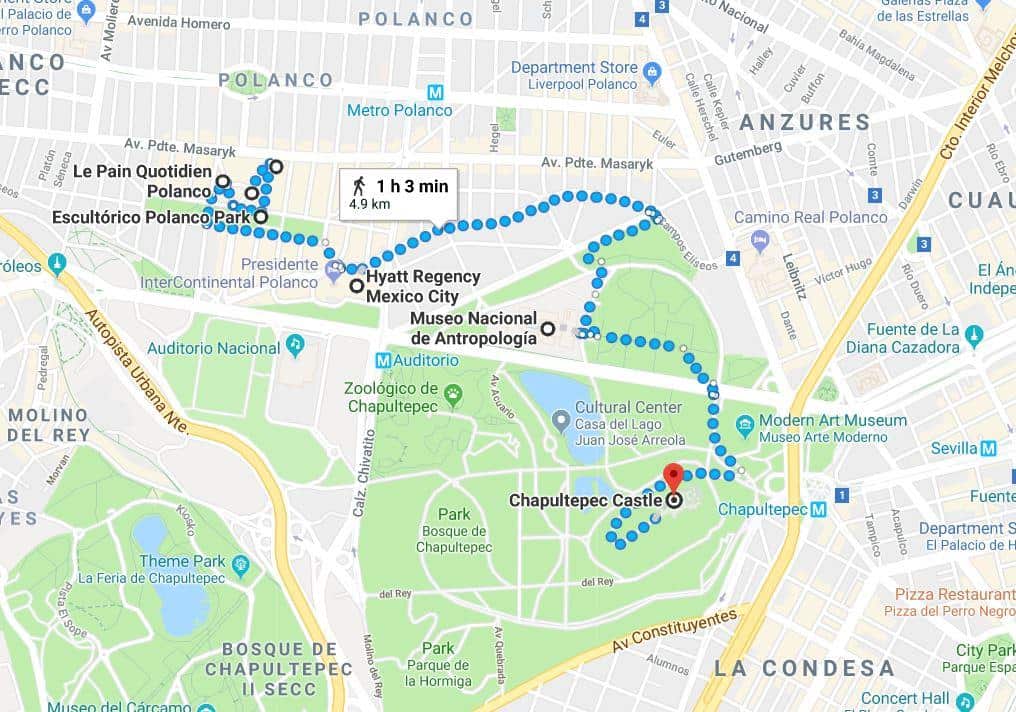 Here is my video of this free walking tour. Just click play below:

Tours: I recommend using either Viator Mexico City Tours or GetYourGuide Mexico City Tours. These are tour aggregators. That means they just publish tours conducted by third parties. Some tours are better than others. So you need to read the reviews. Look for a tour that has at least 5 reviews that sound good, and 2 of those reviews should be within the last few months.

Flights: Here is information about how to get to Mexico City.

3 thoughts on “Mexico City Things to Do”