The World
Best Travel or Retire Cheap to Paradise Locations 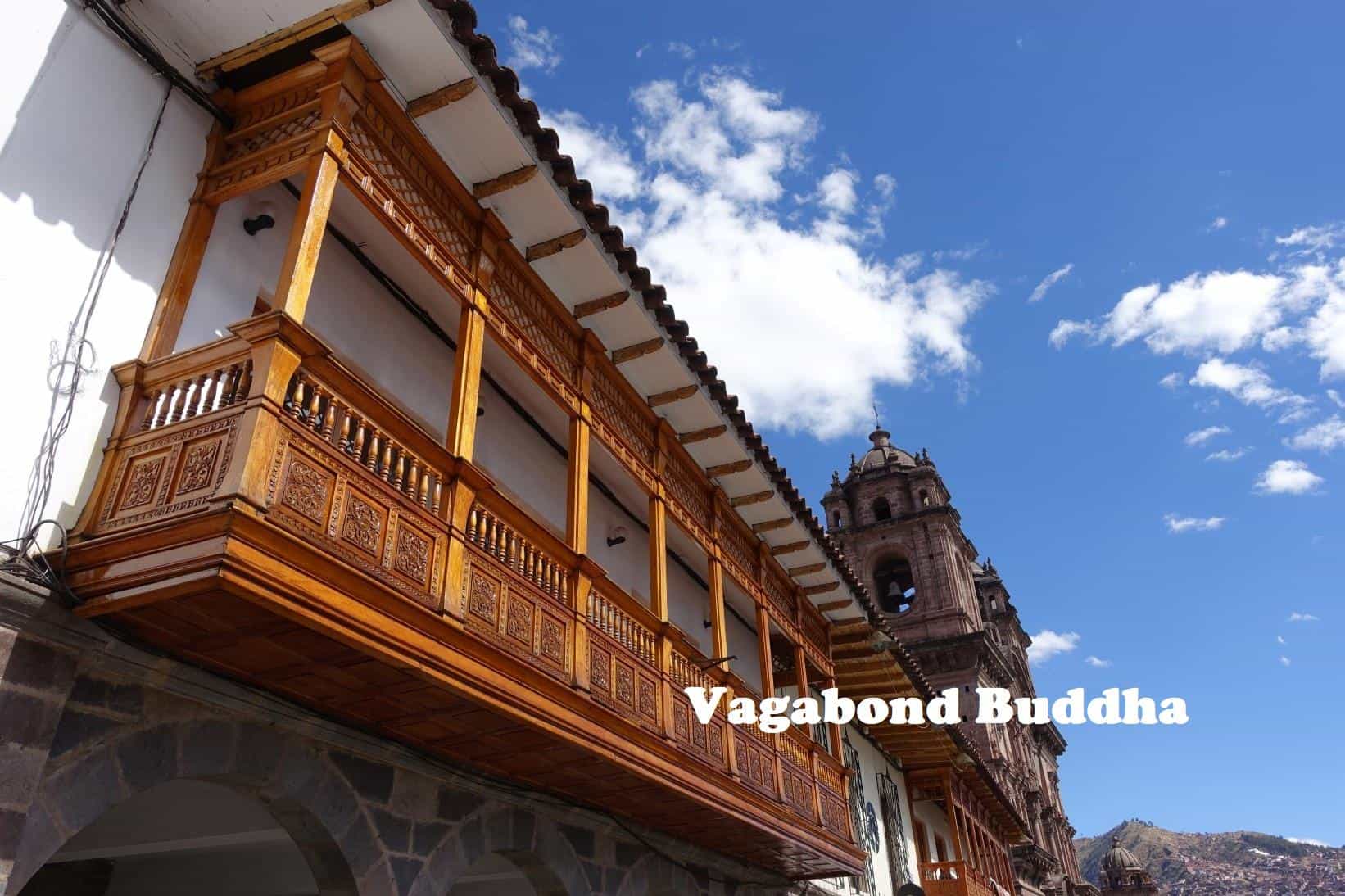 This is Dan from Vagabond Buddha. Cusco, Peru is at 3400 meters (11,152 feet) above sea level. Cusco was the historic capital of the Inca Empire. 2 million people per year visit Cusco. Most visit only as a gateway to one of the most famous places in the world–Machu Pichu. We just finished 8 weeks traveling around Peru.  Cusco and Machu Pichu only scratch the surface of this visually stunning and culturally rich country.

Over the centuries, the history of Cusco has been told by the ruling class which has generally been forgiving of Spain. However, a more accurate recount of how Europeans treated the original people of the Americas is told here by a Spanish Dominican Monk. A few thousand Spanish soldiers could not have taken the Inca Empire of 10 million people under normal conditions. But two things enabled their success. First, the Inca Empire was in a civil war at the time the Spanish arrived. Second, the Spanish used deceit and trickery (video 5:28). Had the Spanish been honorable men, they could not have taken the Inca. My criticism is not directed at the Spanish people of today. But I do question the nobility of humans when possessing positions of power. The above Dominican monk’s ability to see and speak truth remains as rare today as it was 500 years ago. Peruvian’s from all walks of life are living as one big happy family. So my criticism is historical. Finally, Cusco has the highest recorded UV light in the world, so wear a hat and sunblock. 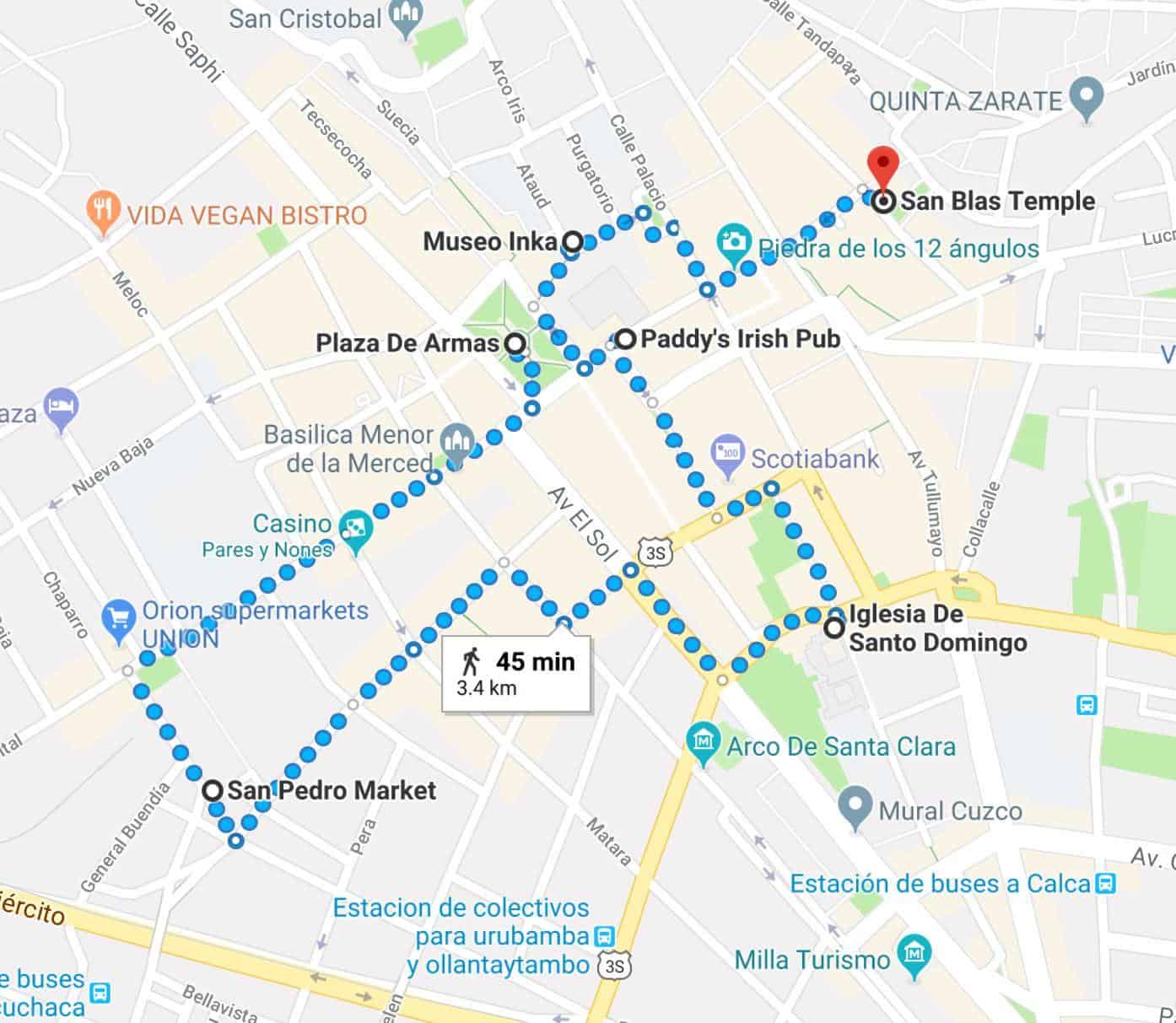 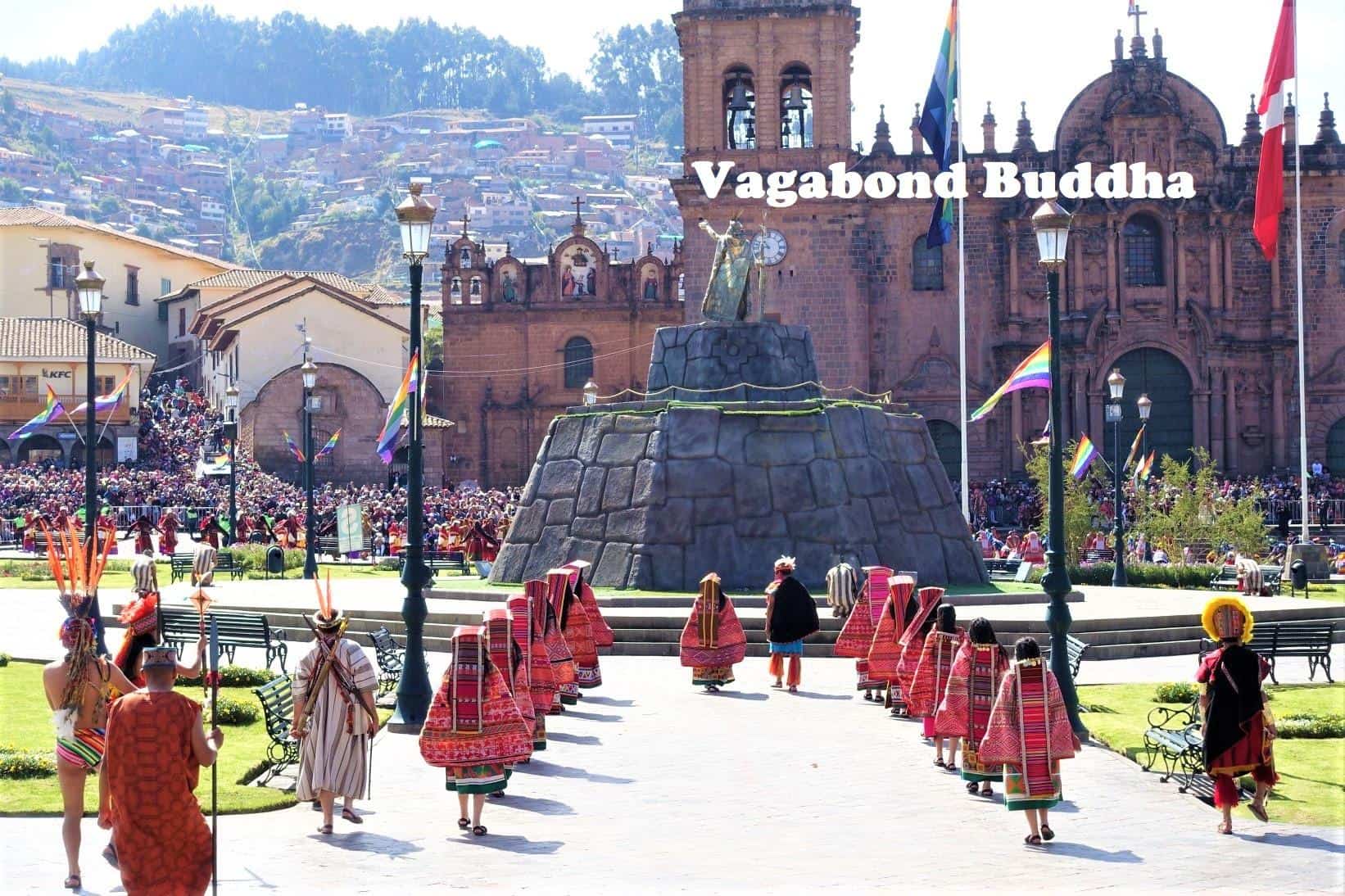 Plaza de Armas (Cusco): Many of the central parks in Peru were established on vacant land by the Spanish during the colonial era. But in Cusco, the heart of the Inca Empire, Spain, and the Roman Catholic Church, demolished the most beautiful and sophisticated architecture the world had ever know.  They replaced it with rudimentary stone and mortar construction. But there is poetic justice to the story. The stone and mortar construction comes crumbling to the ground each time there is a decent sized earthquake, and only the Inca construction remains. Cusco is proof that God moves in mysterious ways. All of the Inca construction has lasted hundreds of years of earthquakes before and after the arrival of the Spanish and will continue to do so. The statue in the middle honors Pachacuti was the ninth ruler of the Kingdom of Cusco and the creator of the expanded Inca Empire. He expanded the Inca Empire to include parts of what is now Columbia, Ecuador, Peru, Bolivia, and Argentina. He also built what I call his summer retreat, Machu Picchu. 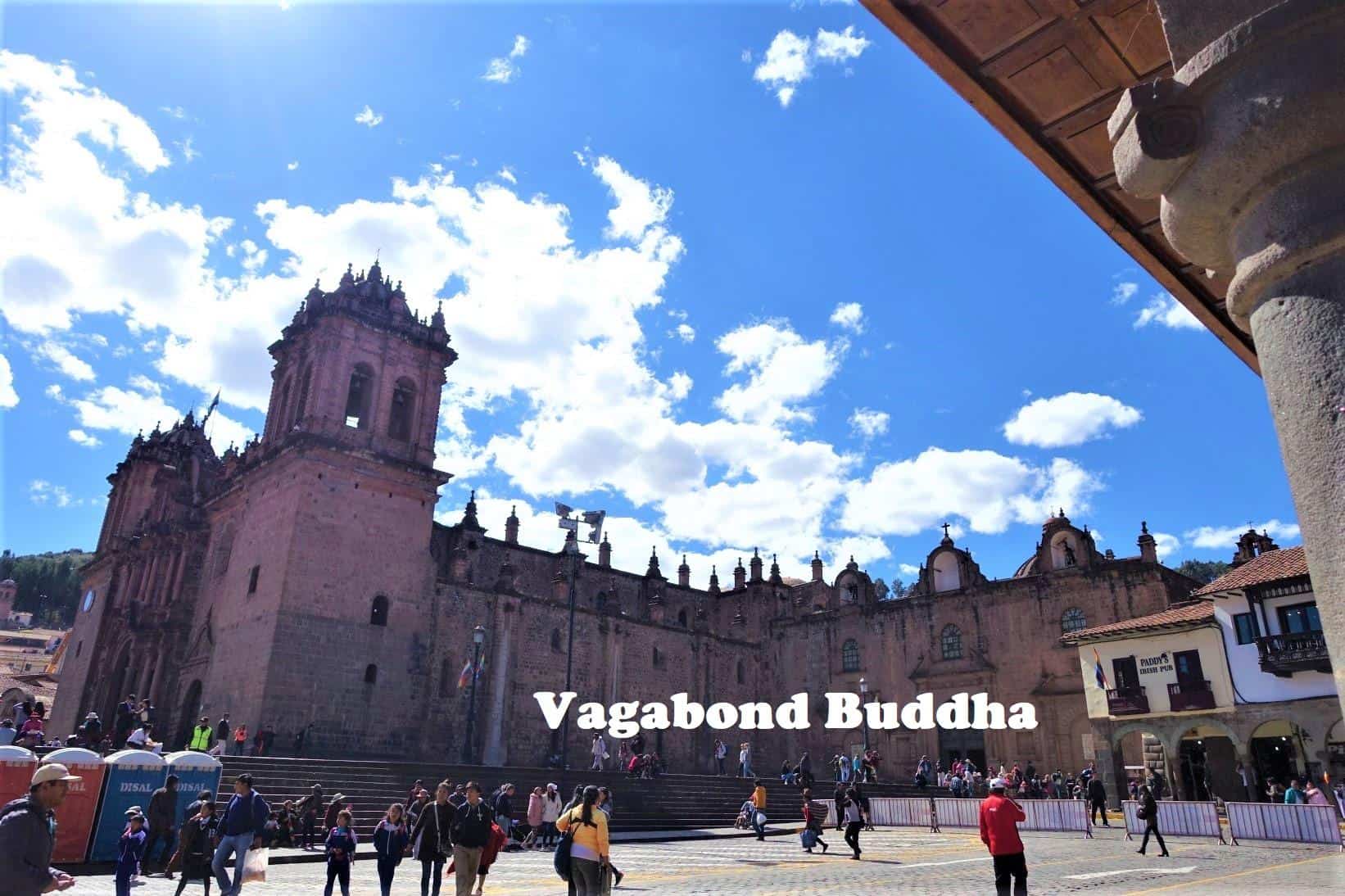 Cathedral de Cusco: This is on Plaza de Armas. Spain and the Roman Catholic Church demolished the Inca Temple called Kiswarkancha to build the Cusco Cathedral. Construction began in 1535 but it has been rebuilt many times. The rudimentary construction techniques of Europe are not well suited for earthquake country. This cathedral is the first cathedral in all of America. Peru is where Spain sent the most resources to steal gold. So it only makes sense that the first cathedral would go here. Inside this cathedral, you will find the most beautiful collection of art created during colonial rule. The entry fee is about $8 USD. For $2 more you can get a pass to 4 other important museums. 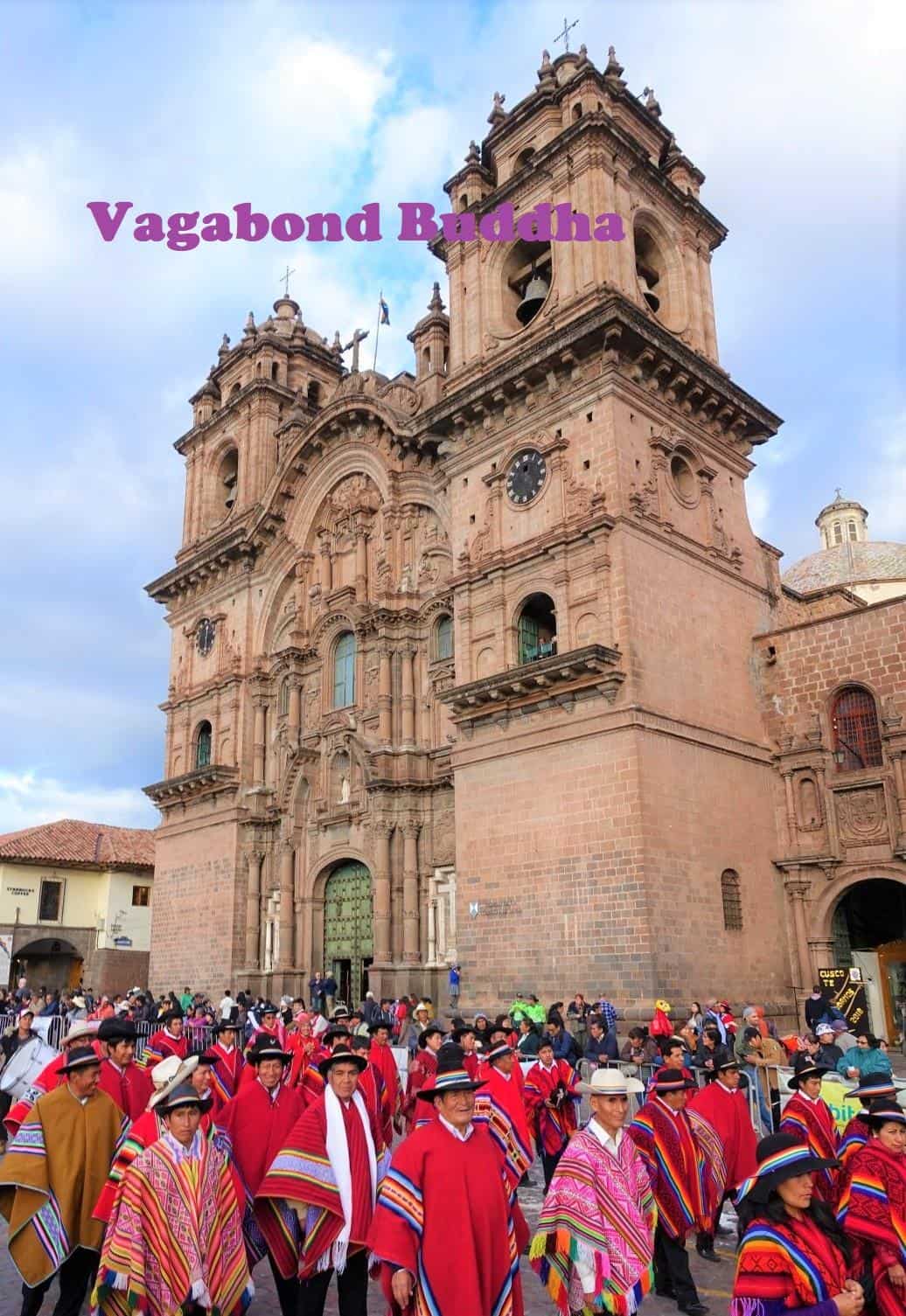 Templo de la Compania de Jesus (Church of the Company of Jesus): This is the other smaller church facing Plaza de Armas. Its first construction began in 1571. Like the Cathedral on Plaza de Armas, the Spanish demolished an Inca palace of superior construction in order to build this church. And like the Cathedral, each time there is a strong earthquake, the Spanish construction comes tumbling down. Look for the painting on the north wall of a Spanish soldier marrying the daughter of Inca ruler Tupac Amaru. 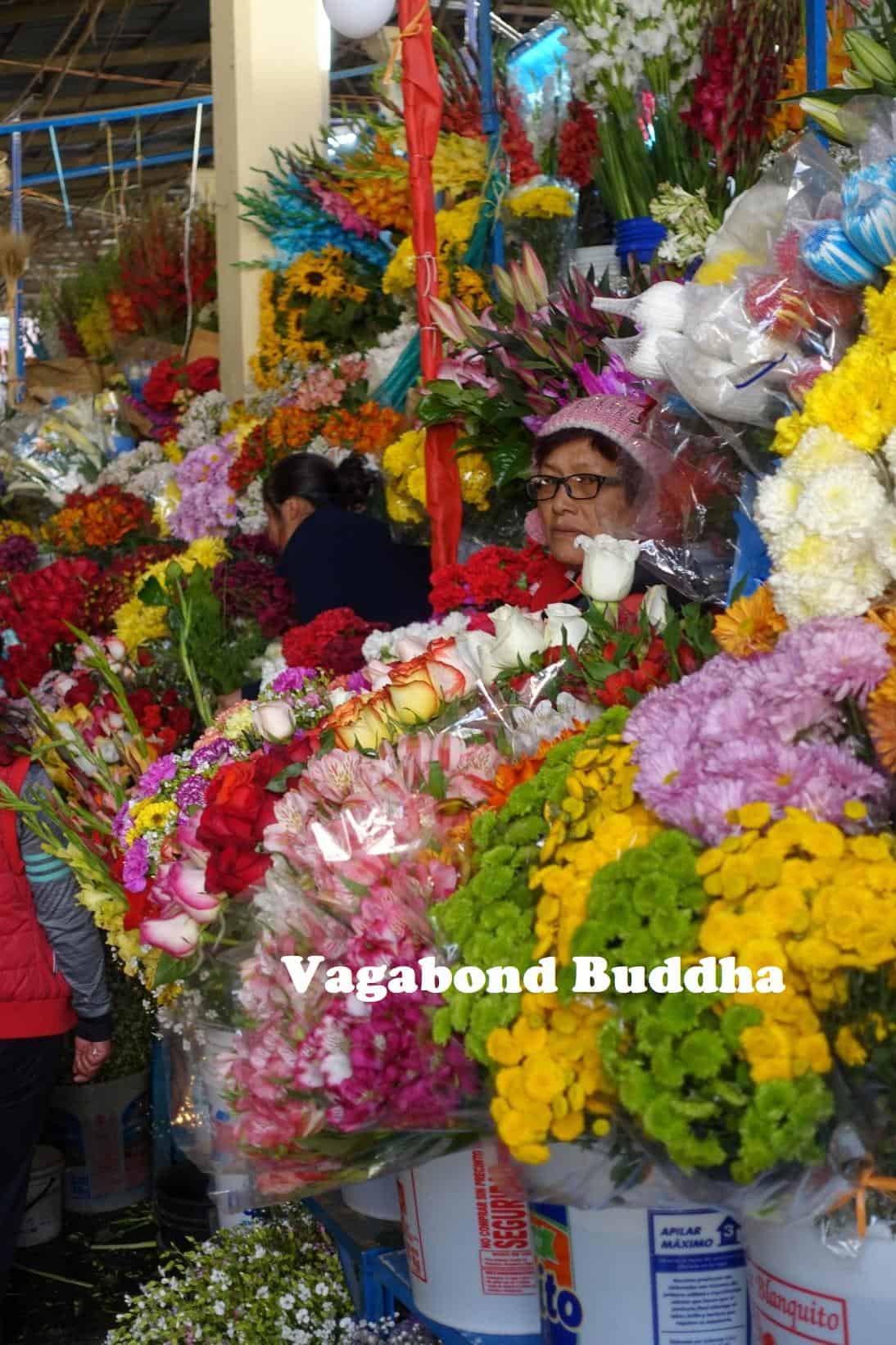 San Pedro’s Market: Cheap local meals (s/8 sol), goofy tourists pants and backpacks, fruits and vegetables, and everything else you will need to live in Cusco for a few days or a few years. 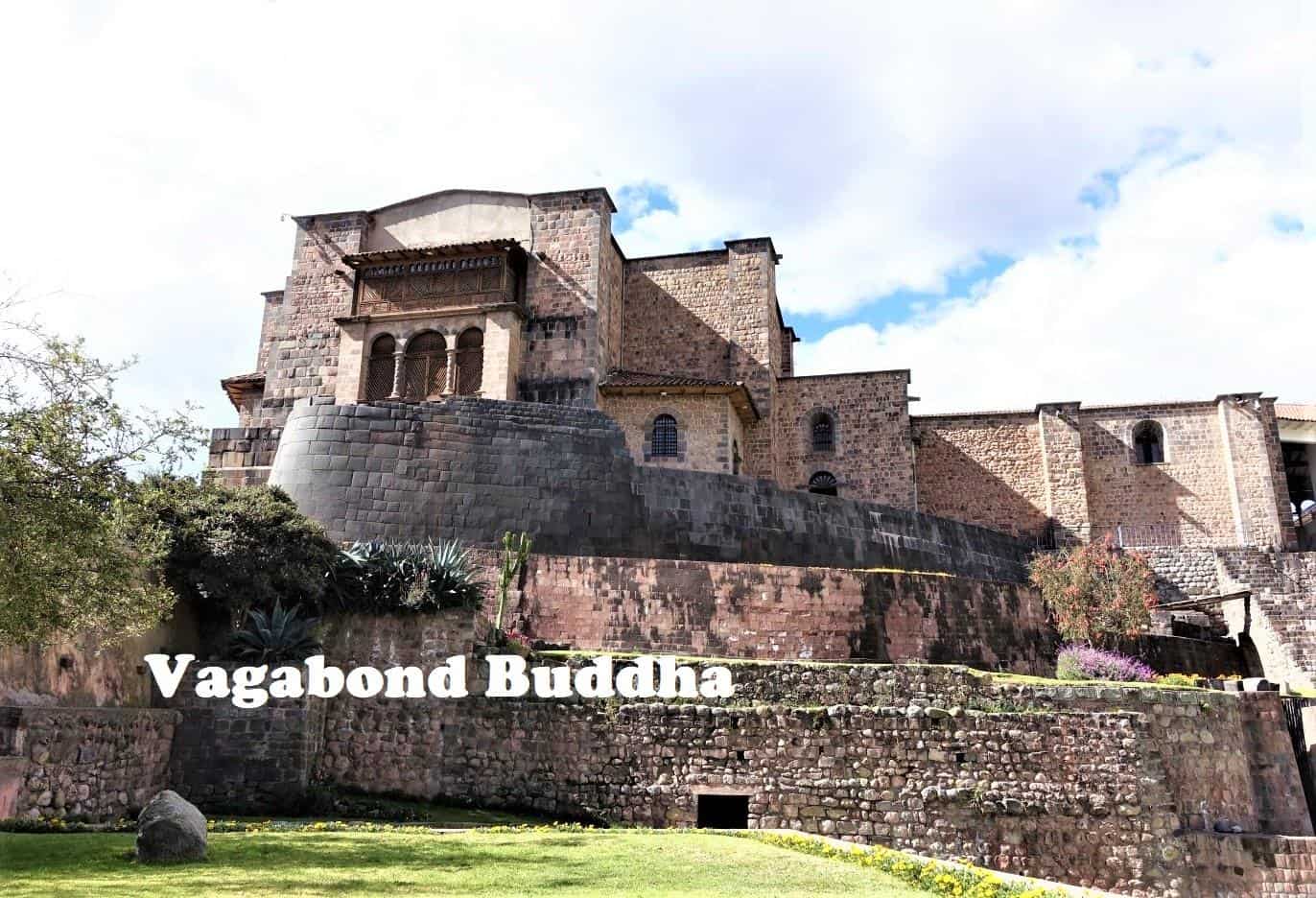 Iglesia De Santo Domingo (Cuzco): Spain demolished the main Temple of the Sun of the Inca Empire. There are parts of the Sun Temple that can be toured on the grounds of Santo Domingo. When you see the quality of workmanship in the Inca Sun Temple as compared to the Santo Domingo, you will sincerely wonder how Europe felt superior and described the original people of the Americas as naive. 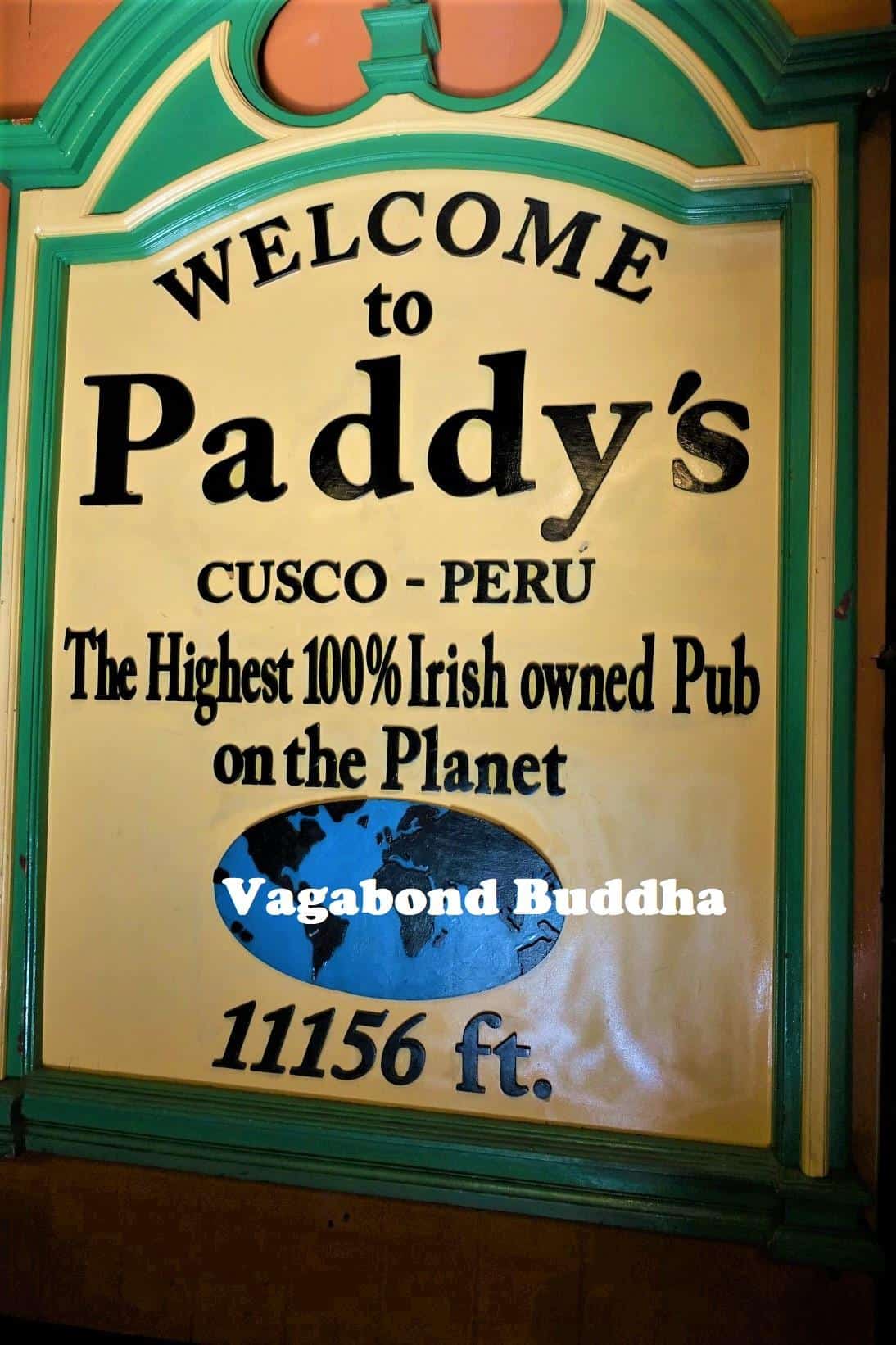 Paddy’s Irish Pub: Have a beer at the ‘highest’ Irish owned pub in the world.

Inka Museum: You must take a guided tour of the Inka Museum. This museum has art and artifacts from all parts of Peru, including the pre-Inka, Inka, and colonial periods. But you need a guide to make what you see there come to life.

San Blaz Fountains and Church: The indigenous people of the Americas were not allowed to worship with the colonists. The Spanish told them they had no souls. So the Spanish built churches where the indigenous people were allowed to worship. San Blaz was built in the 1500s for this purpose. Like most churches in the area, the sacred ground was demolished by the Spanish to build this church.

Here are the tours available in Cusco. I recommend using either Viator Cusco Tours or Get Your Guide Cusco Tours. These are tour aggregators. That means they just publish tours conducted by third parties. Some tours are better than others. So you need to read the reviews. Look for a tour that has at least 5 reviews that sound good, and 2 of those reviews should be within the last few months.

Here are my recommendations for best places to stay in Cusco.  Here is information about how to get to Cusco.