Things to Do in Puno Peru

[kkstarratings]  This is Dan from Vagabond Buddha. Here is the order that I walked to these ‘things to do’ in Puno, Peru. There is an embedded Google Maps walking tour of these places at the bottom of this page. 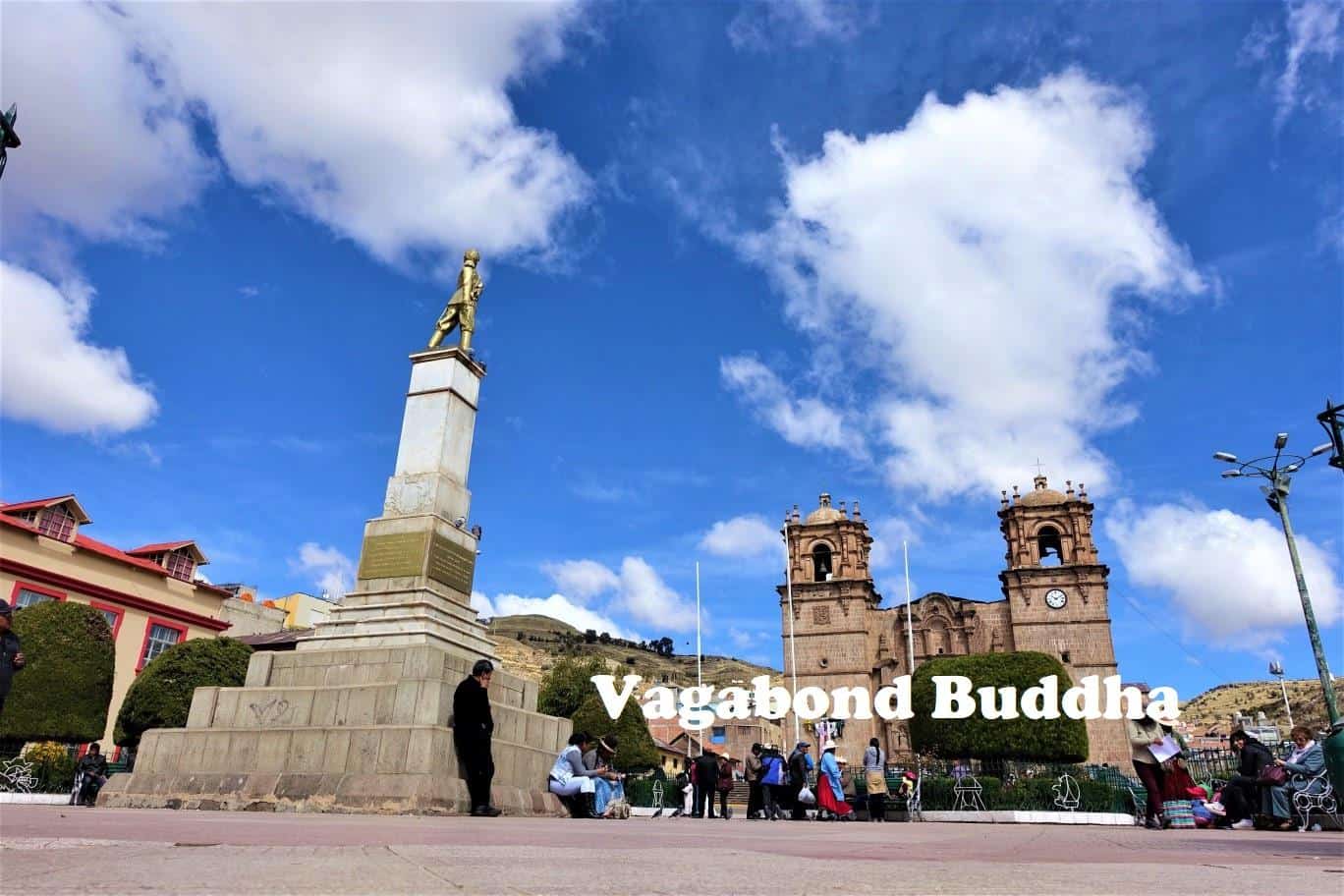 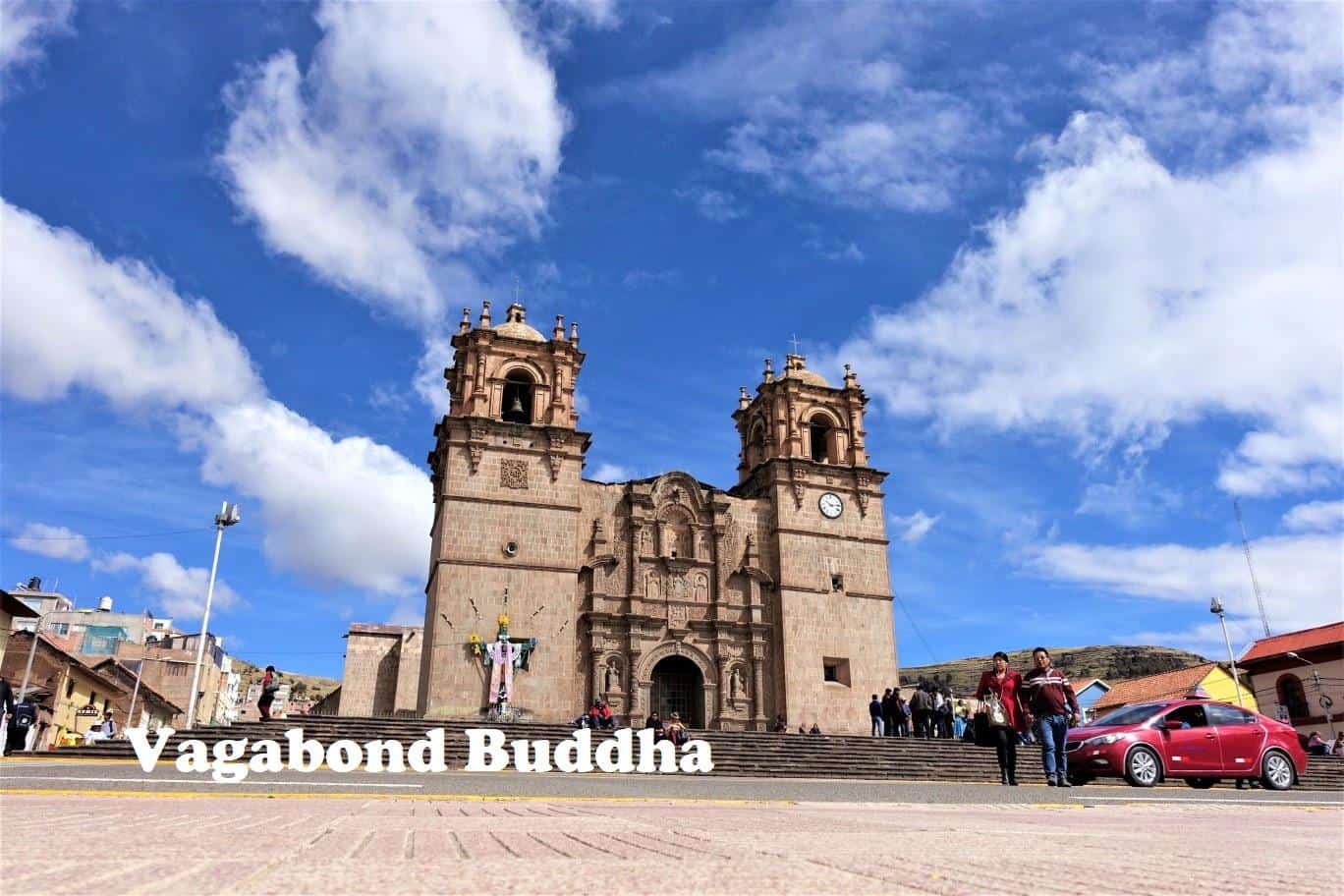 Cathedral of Puna: The Puno Cathedral was built in 1757. As early as 1537, the Roman Catholic Church had instructed their followers in writing that the original people of the Americas had souls. But it is not clear that this directive arrived at the colonies. At least some of the original people understood that the colonists were to evangelize the natives if possible, but they could be killed without spiritual consequence because they had no souls. 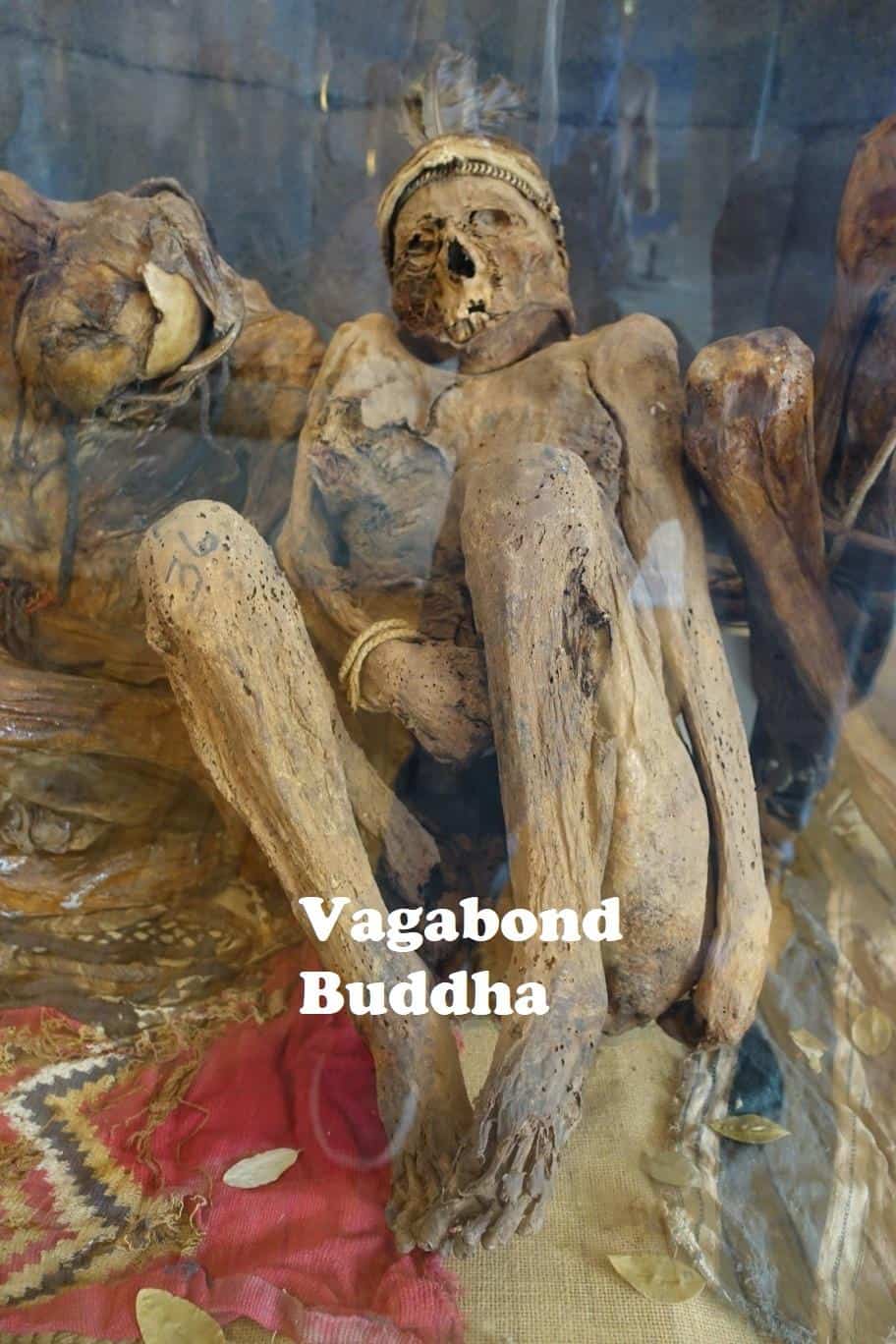 Carlos Dryer Museum
This quaint museum hosts ceramics, silver, gold, textiles, and sculptures from the Puno region. There are artifacts from various historical periods from pre-Inca to colonial times. There are even pieces taken from tombs at the Sillustani burial grounds. Luckily, Spain didn’t find all the goodies when they raided the tombs. 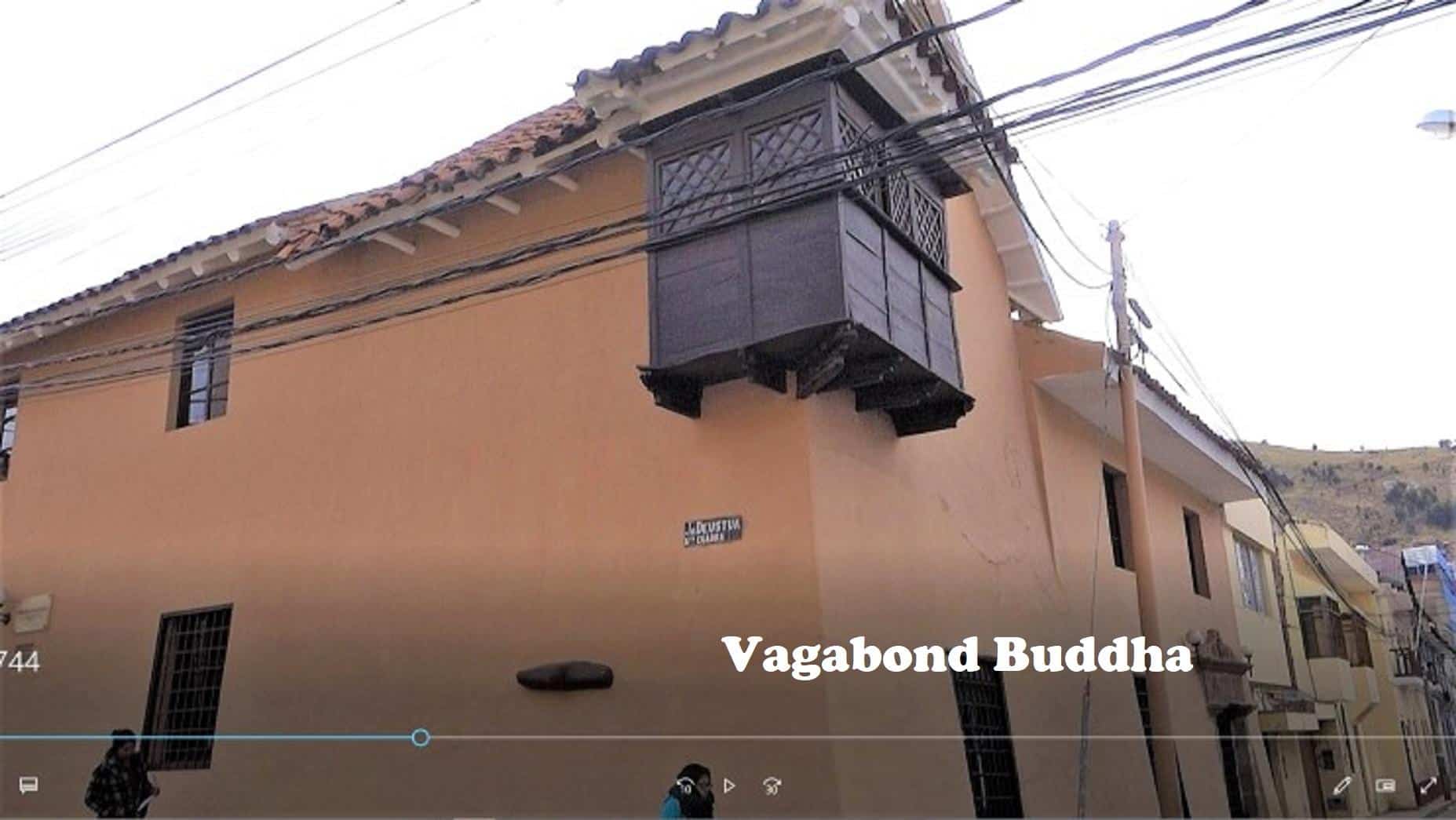 Conde de Lemos Balcony: You can see this balcony from the entrance to the Carlos Dryer Museum. This home built in the 1700s, was where the viceroy lived during the Laykakota mine rebellions. The gold mine of Laykakota was found by brothers who quickly became the richest men in South America. An Indian separatist movement captured the mines before the viceroy was able to end the revolution, but the mine was never opened again. Legend now holds that nobody knows exactly where the mine is located. 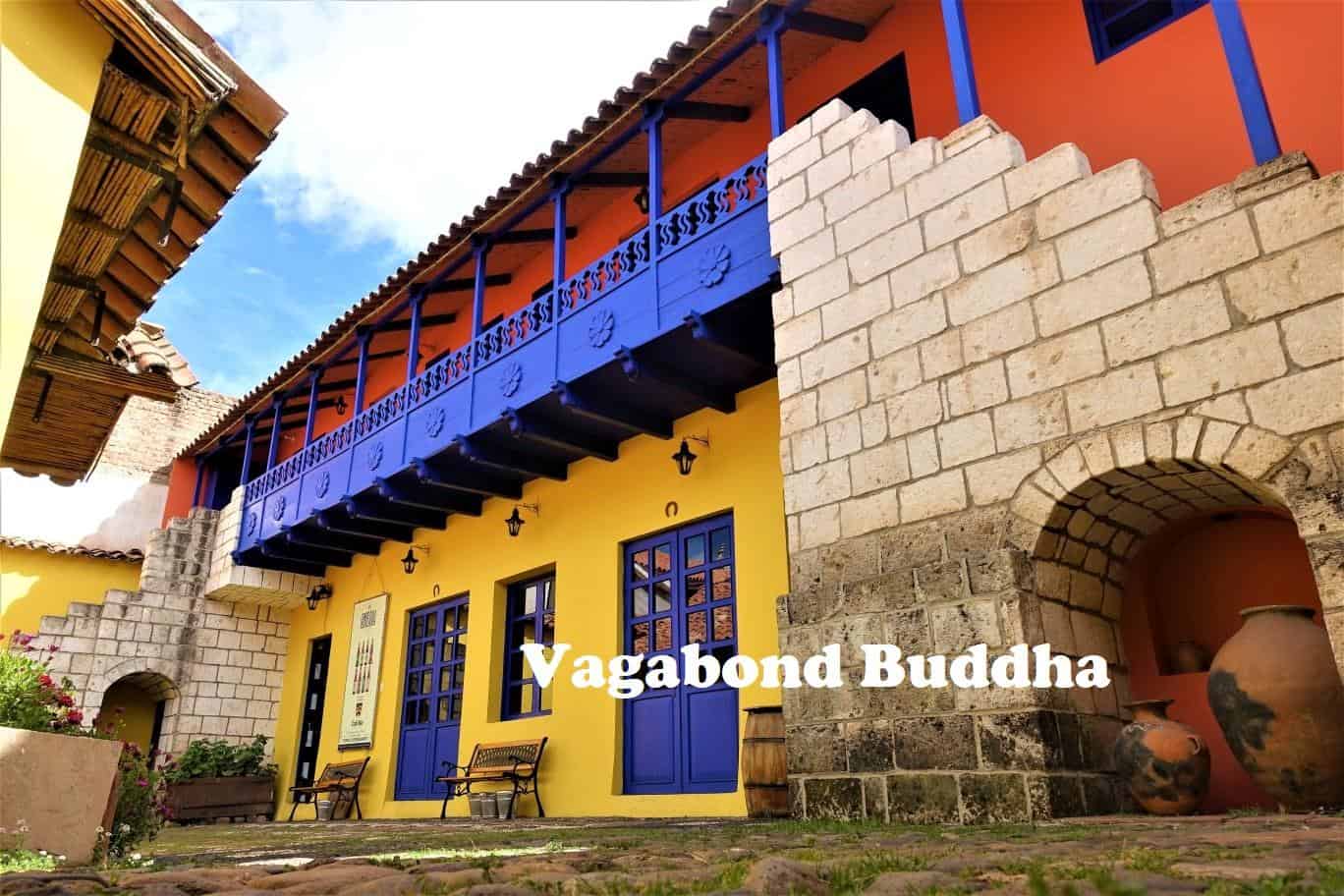 El Corregidor Mansion
Also on the Plaza de Armas is this colonial era Mansion that is built in a style unique to Puno. Today it hosts cultural events, an arts, and crafts store, and has a beautiful bar and cafe. 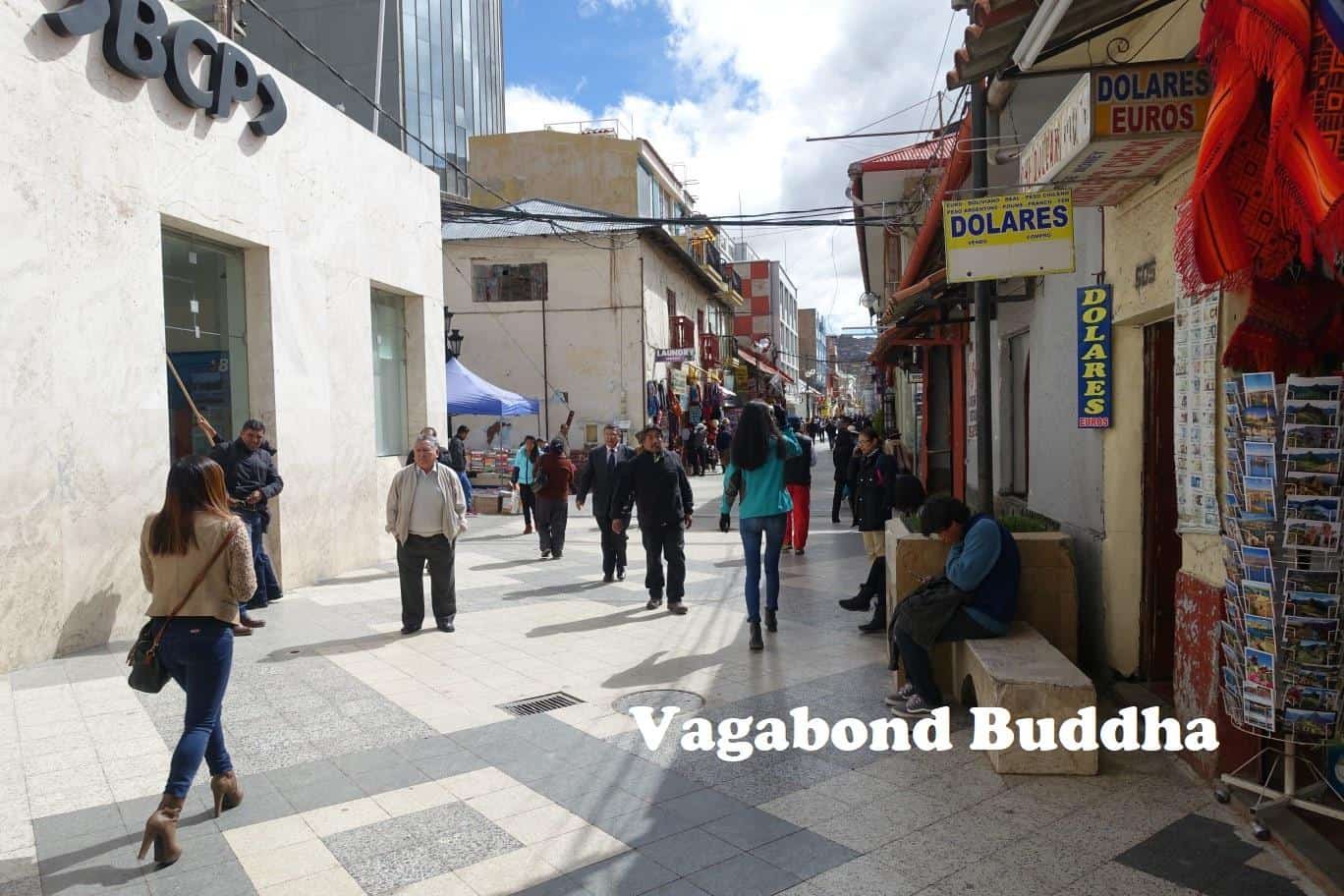 Jirón Lima (this link is on the walking street): This is just a fun walking street where you will find arts and crafts, cafes, bars, restaurants, hotels, and travel agents. Heading north from Plaza de Armas is Jirón Lima, the city’s primary pedestrian thoroughfare. Cafés, restaurants, hotels, travel agents and bars line this lively strip which is the perfect place for a pleasant afternoon stroll. 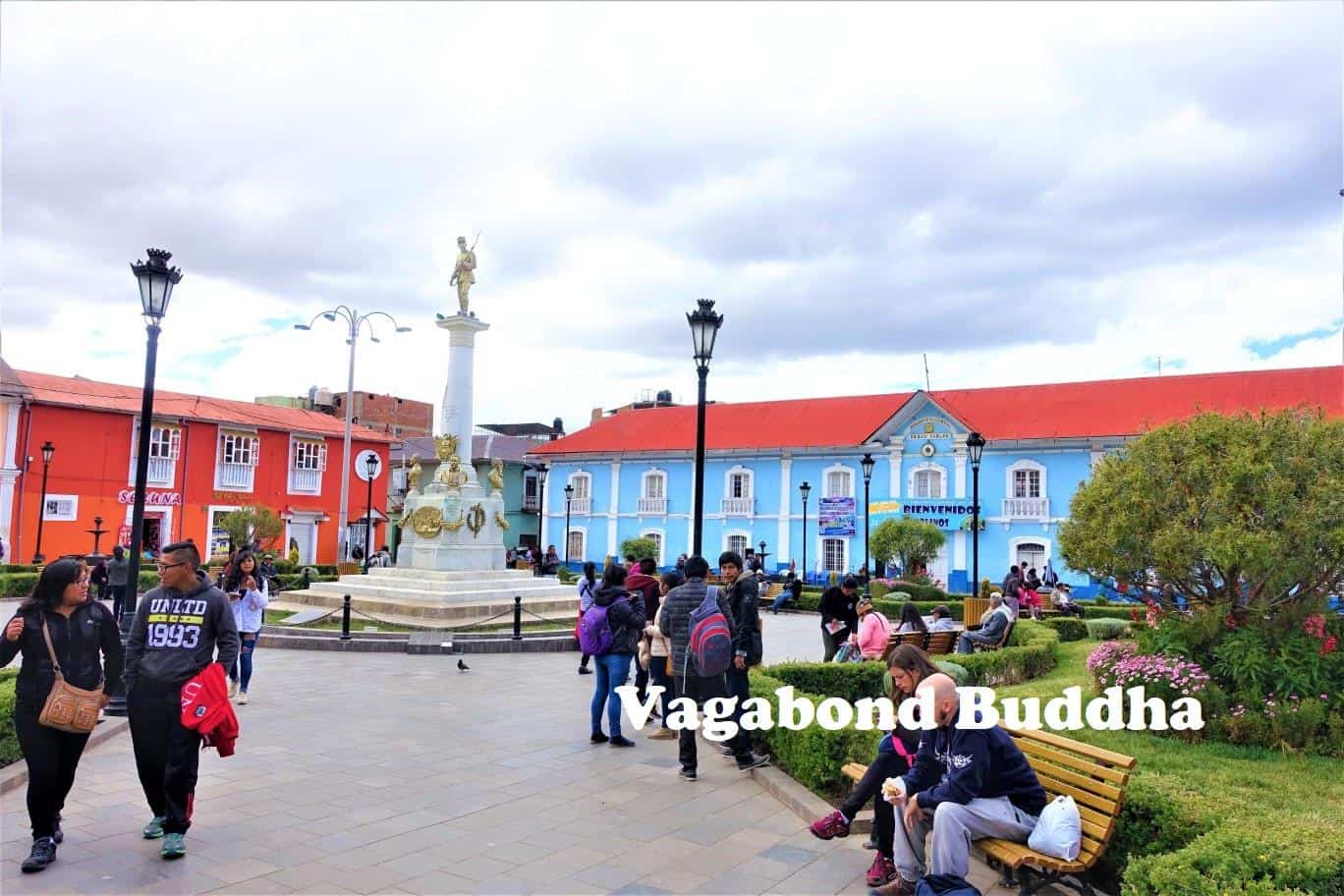 Parque Pino: This is just a cool park you walk by on the way to the following market. 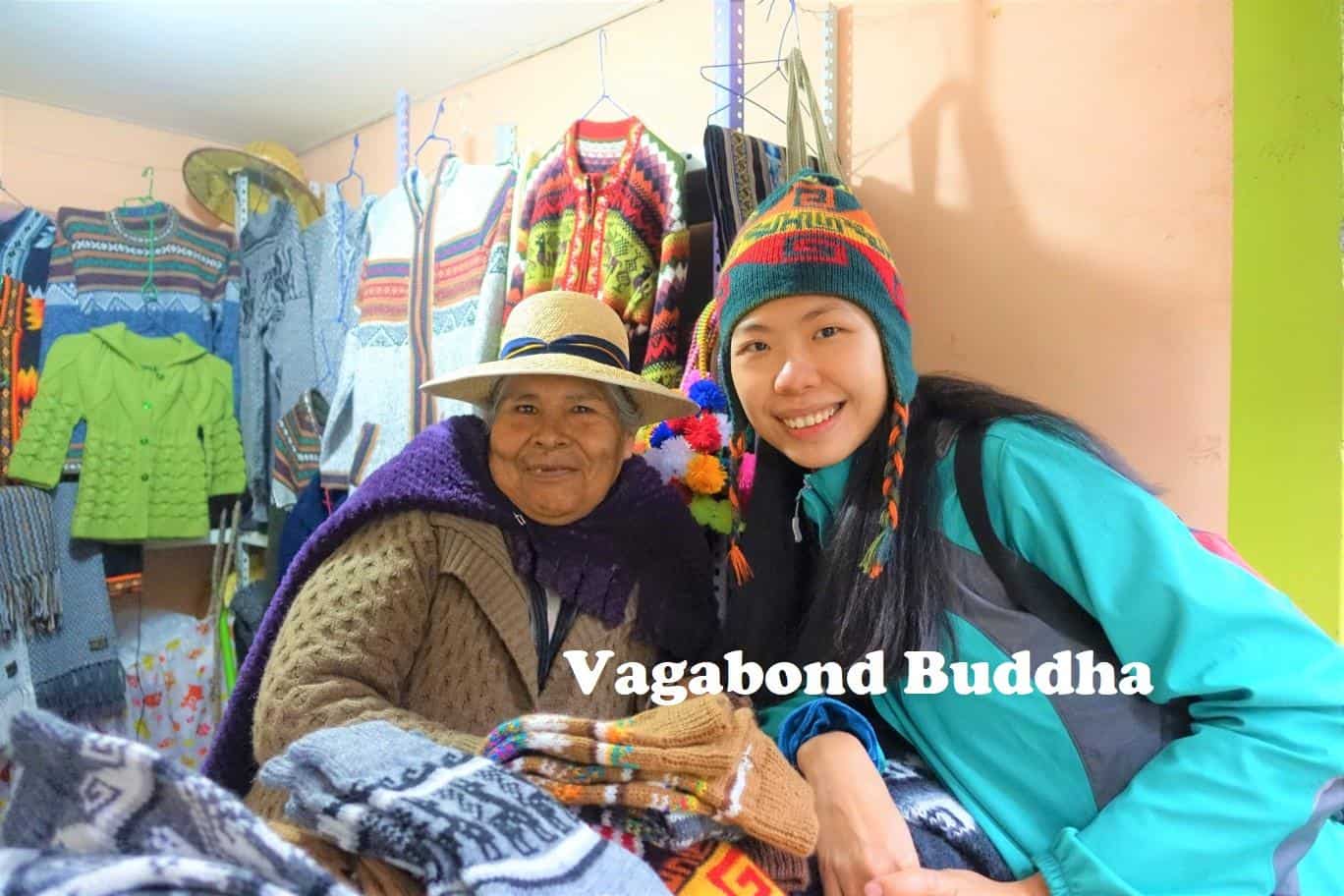 If you haven’t been to a typical central market in Peru, this will be a must see for you. These are local people selling local products like food, clothing, kitchen, bathroom, and other items to locals. Each stall is independently owned and operated. There are also restaurants (food stalls) on the second floor where you can choose from many local family recipes selling traditional Peruvian foods for about s/10 ($3 USD) per 2-course meal. I was able to find a nice Frito Queso (Fried Cheese) vegetarian meal there. We also found warm clothing for 30% cheaper than we were quoted on the above walking street.

This completes my Free Walking Tour of Old Town Puno, Peru. After the following embedded Google Map, you will find the tours we took to Lake Titicaca and a pre-Inca burial site. Here is the Google Maps Embedded Walking Tour of the above-suggested places to see:

Here are the tours we took to the islands of Lake Titicaca and to a Pre-Inca burial site. You can pre-book these tours on GetYourGuide or Viator Tours, or you can save a little money buying them when you arrive on the Jirón Lima walking street if you are willing to risk them selling out. 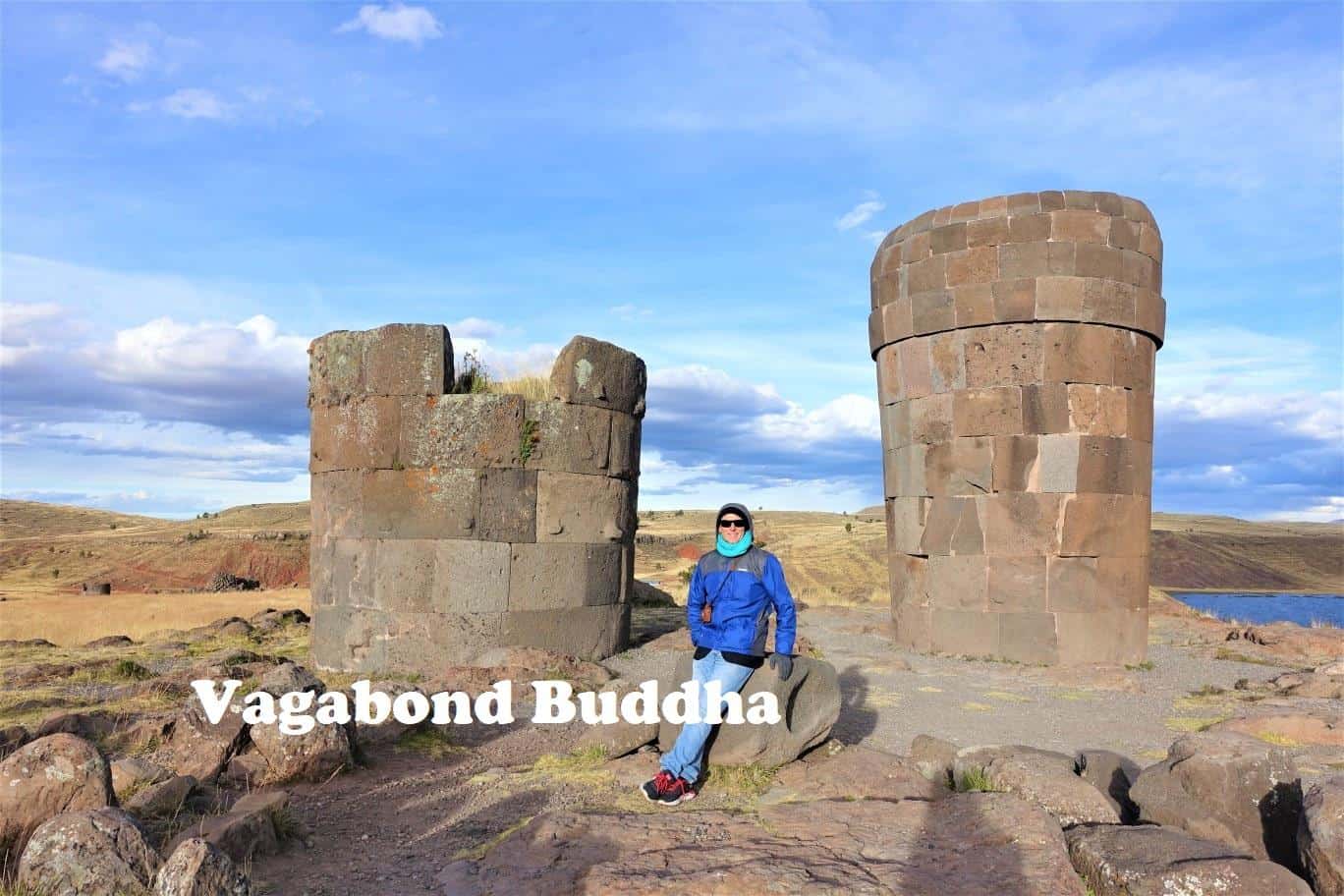 Sillustani: Sillustani is an intriguing pre-Inca burial ground that overlooks the glistening waters of the lake. Here, ancient Aymara people built a series of funeral towers, known as chullpas, to house the deceased families of community nobles. 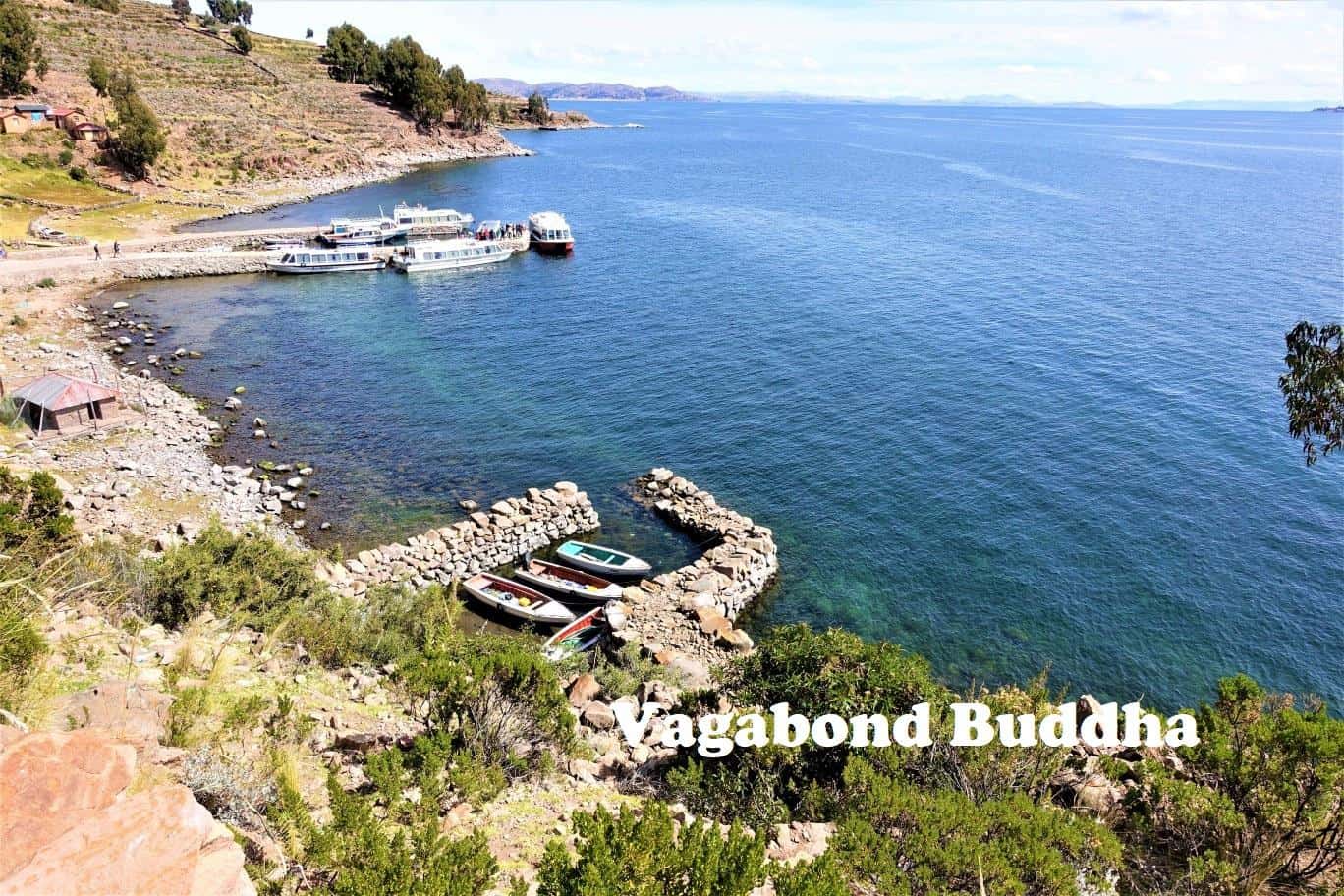 Lake Titicaca: This lake is so large it is in two countries, Bolivia and Peru. It is the largest lake in South America in both surface area and volume of water. With an elevation of 3800 meters (12,500 feet), it is considered the highest (commercially) navigable lake in the world. There are many smaller lakes around the world at higher elevations, but this one has 2200-ton commercial ships sailing around on it. The lake itself is beautiful to visit but many visitors also take tours to the following islands to learn of the ancients that still live on the islands today. 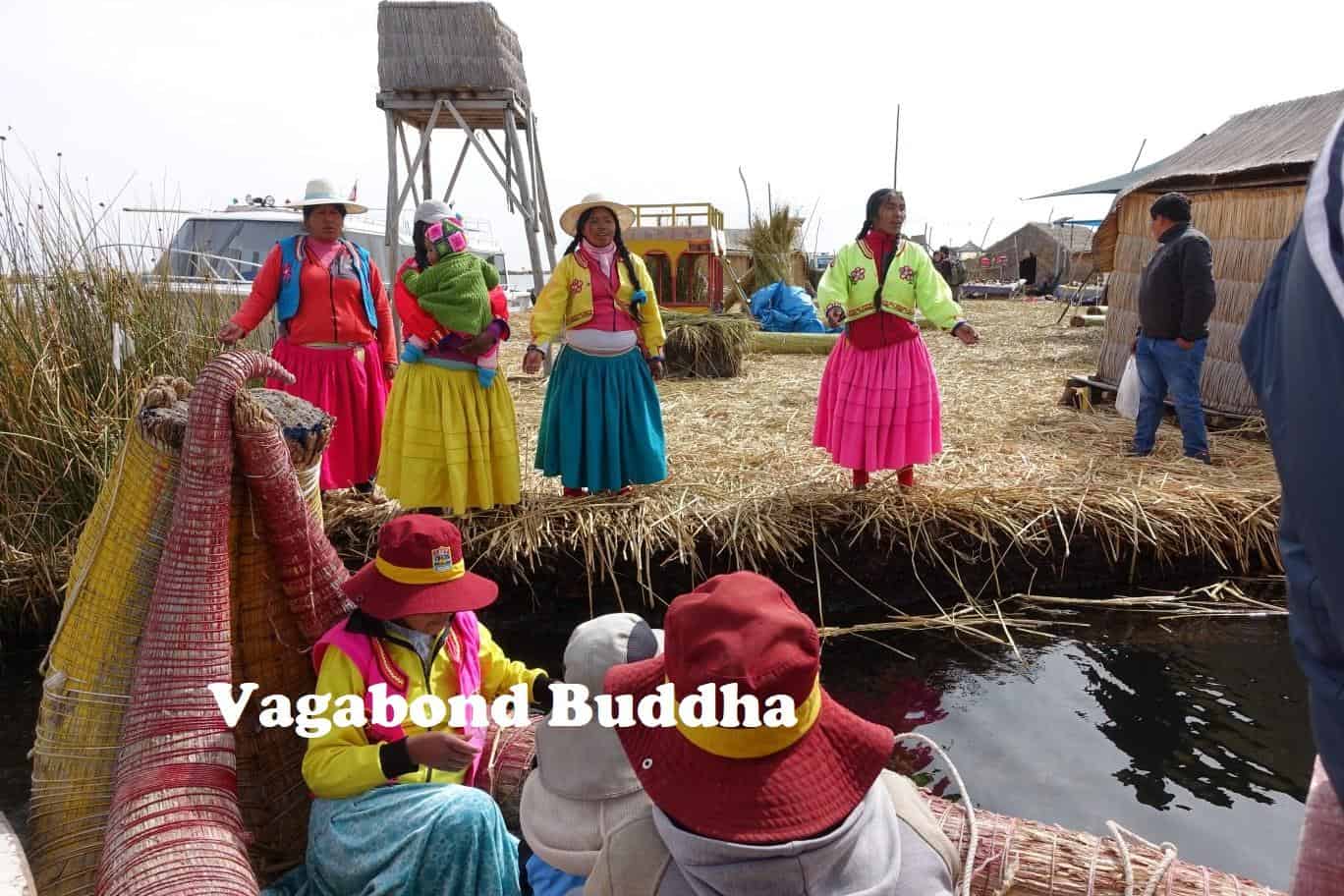 The Uros Islands: These floating islands were made by the Uros people hundreds of years ago from totora reeds growing all around the lake. The Uru people migrated to Lake Titicaca hundreds of years ago from the Amazon. They were oppressed by the local population so they built the reed islands, to provide a water barrier from their hostile neighbors on land. The Uros have remained largely self-governed and suffered less under Inca and Spanish rule because the floating island provided some insulation from society. Today the Uros economy is generated by sharing their floating lifestyle with tourists from all over the world. Despite being world-famous now, their floating culture has remained largely genuine and intact. 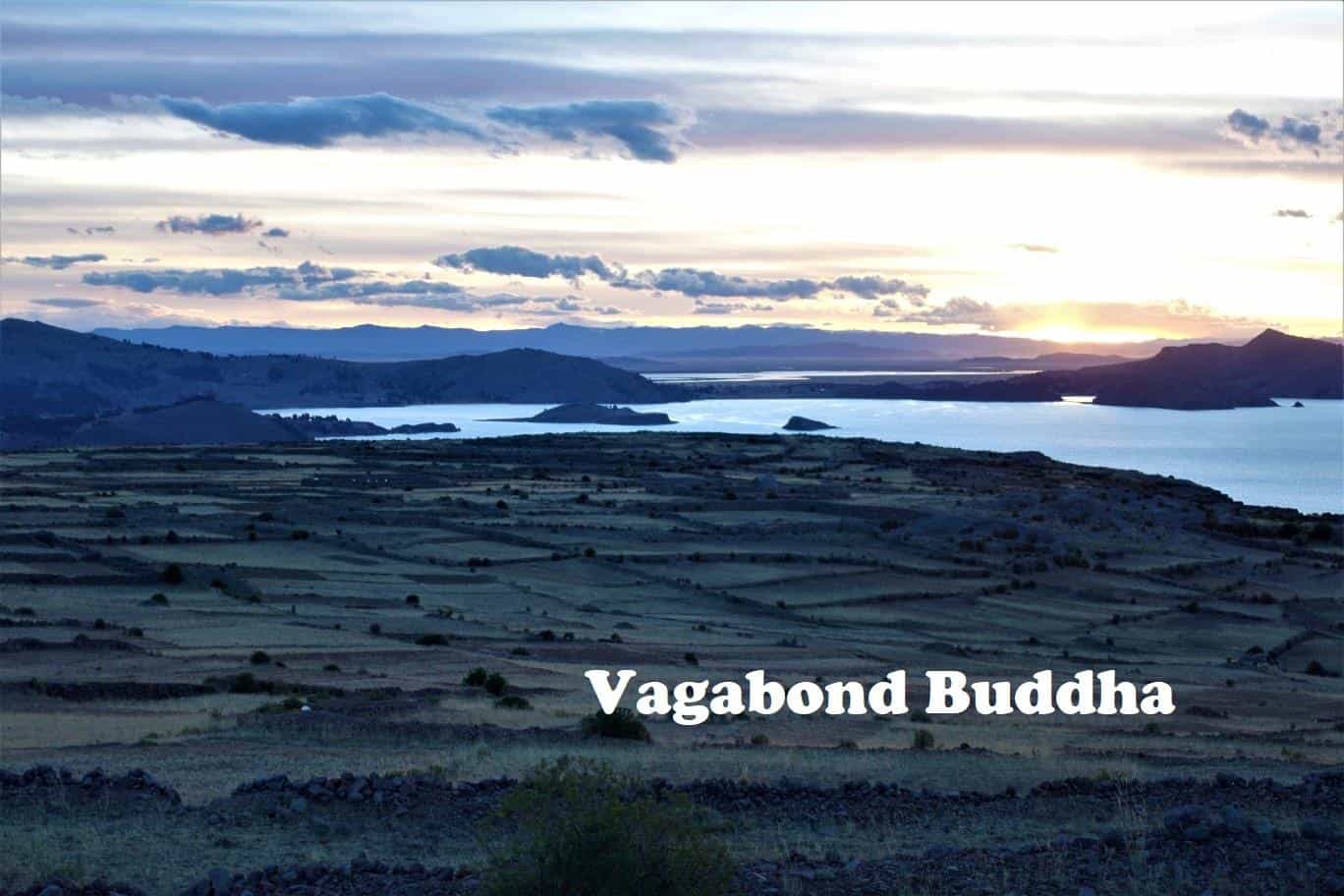 Amantaní Island: About 4,000 people live in ten communities on this 6 square mile island. There are two small peaks Father Earth, and Mother Earth). Both peaks have ancient ruins on the top. The hillsides are terraced to grow wheat, potatoes, and vegetables. There are no cars, no hotels, and no machines on the island, so work is done by hand. There is an electrical generator that provides power a few hours per day when petroleum prices are affordable. Most people use candles or battery powered flashlights, but some have begun to install solar panels. Some open their homes for tourists to spend the night. There are traditional dance shows for the tourists and they dress tourists up in traditional clothes and make them dance. 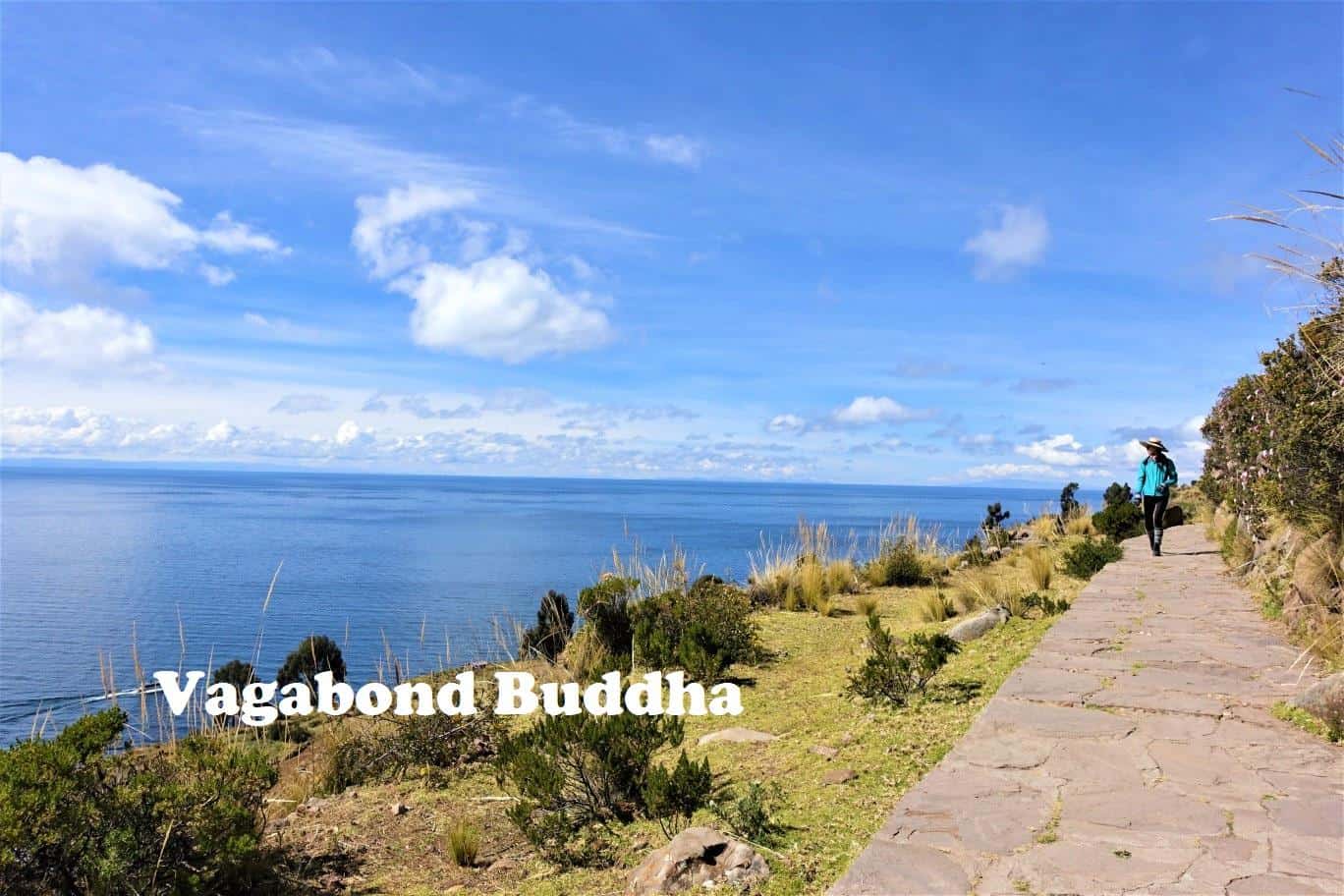 Taquile Island: The Taquile society runs based upon the Inca moral code, which translates to do not steal, do not lie, and do not be lazy. Their economy is based on fishing, terraced farming, and tourism. Taquile has expert male weavers who produce textiles of remarkable quality. There are also a number of interesting archaeological sites and breathtaking lake views.

4 thoughts on “Things to Do in Puno Peru”